This morning I went to the launch event for MOVOBall, an invention by one of my (In Real Life) friends Steve Priestnall. The event was held at the Electric Cinema in town.

It was kind-of fun to see the name up outside the cinema.

I’ve kept the ticket as a memento.

Later this month they will be launching a Kickstarter campaign to raise money for the product development.

So what is it? It’s a neat little device to make using a swiss ball a lot more fun. You can either put your mobile device into the cradle, or use a MOVOBug to talk to your phone. It uses the motion detectors in the phone, or MOVOBug, to detect the motion of the ball, so it can be used as a game controller or to interact with fitness apps. 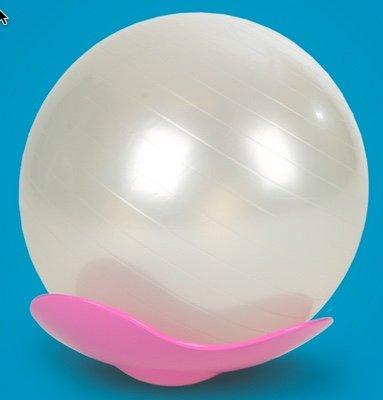 When the Kickstarter film is released I’ll put a link to it. It’s pretty fun, especially the outtakes at the end.

It’ll be interesting to see how this pans out.

Update: Here is the Kickstarter URL.