At Oracle OpenWorld 2014 I spoke about the existence of the Simple Oracle Document Access (SODA) functionality after a visit to the Demo Grounds. At that point I didn’t know it was called SODA though. I was hoping to get on the beta for the next release of ORDS, so I could try it out, but that never materialised and I promptly forgot about it… 🙂

During my recent whistle-stop tour of ORDS, I was reminded of its existence again, so I’ve had a play with it. It was kind-of fun pretending I was a Javascript and MongoDB developer. 🙂

I guess the obvious questions is, “Why?”, and that is a tough one for me too.

I suppose for a company that is already an Oracle player who want document database functionality with a strong link to relational technologies it might make sense. SODA is all about JSON documents stored in the database and Oracle 12c comes with some pretty cool JSON support in the database. Transitioning between the two worlds is relatively easy in Oracle 12c.

The counter argument will be Oracle is really expensive and document databases are really cheap/free. There is also the performance aspect. Your typical NoSQL document store can pull numbers that will make Oracle weep, even if it can be akin to piping your data to “/dev/null”. 🙂 So why pay big bucks to turn Oracle into a slower version of something that’s free?

I honestly don’t know what the answer is, but I know I liked playing around with this stuff. Time will tell if it finds a niche. 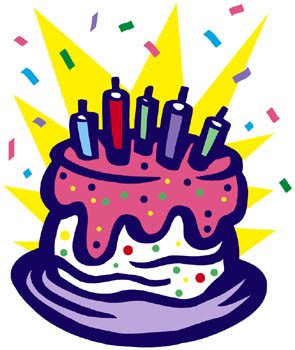 It’s that time again. Another year older and unfortunately not another year wiser. I still keep reliving those same mistakes again and again. I guess the old adage, “You can’t teach an old dog new tricks”, is true. 🙂

I’m sure I’ve said this before, but the plans for this next year are “to do me” a bit more. That might sound funny to people who know me, as I am incredibly self-centred, but I keep getting distracted from my path. There are certain things that make me happy and I’m distracted from them by all the stuff going on around me. Rather than concentrating on what I do well, I end up doing a bunch of other mediocre stuff, which makes me frustrated and it all kind-of spirals down from there.

For some time I’ve been openly critical of the user experience (UX) of Oracle Public Cloud. Just to be clear what I mean by this…

With that understood, I have some big issues with the UI/UX of Oracle Public Cloud. I have been providing feedback (briefings, webinars, direct feedback and private forum posts) for some time, but while there are some improvements, the experience of administering your services through the OPC web interface is far behind that provided by Amazon AWS and Microsoft Azure IMHO.

We recently had an ACED webinar and during the questions at the end I had a little rant about the user experience. Once that had ended, I wrote and email apologising to the presenter, but also listing a few of my gripes. I also reached out to the Oracle Applications User Experience team…

Yesterday I had a phone call with Jeremy Ashley about the situation and in the next couple of weeks I will hopefully be engaging with the UX team to discuss and demonstrate the issues I have.

Most of the problems I have are about wanting to follow a natural flow of tasks. Many aspects of the interface look like a developer has tried to expose the underlying tech, rather than asking how a user might want to interact with the service. The interface and the implementation do not have to match!

I was going to start a series of blog posts discussing the various UI/UX issues that annoy me, but I will probably hold back on that. Doing some constructive criticism directly to people that can make a difference is much better than me publicly throwing my toys out of the pram, but it’s not quite as fun. 🙂

PS. I’ve been getting some stick from the guys at work about my telephone voice at the start of the call with Jeremy. I allegedly sounded like a cross between Hyacinth Bucket and Kenneth Williams. 🙂