I got a bit of a late start to the day. I had a some work stuff I had to do before setting off for the conference and it dragged on a bit longer than I expected.

My plan for the day was to go to sessions about stuff I don’t do for my job. I could dress that up as something strategic, but the reality is I’m now totally conferenced out. It’s been a tough six months. 🙂 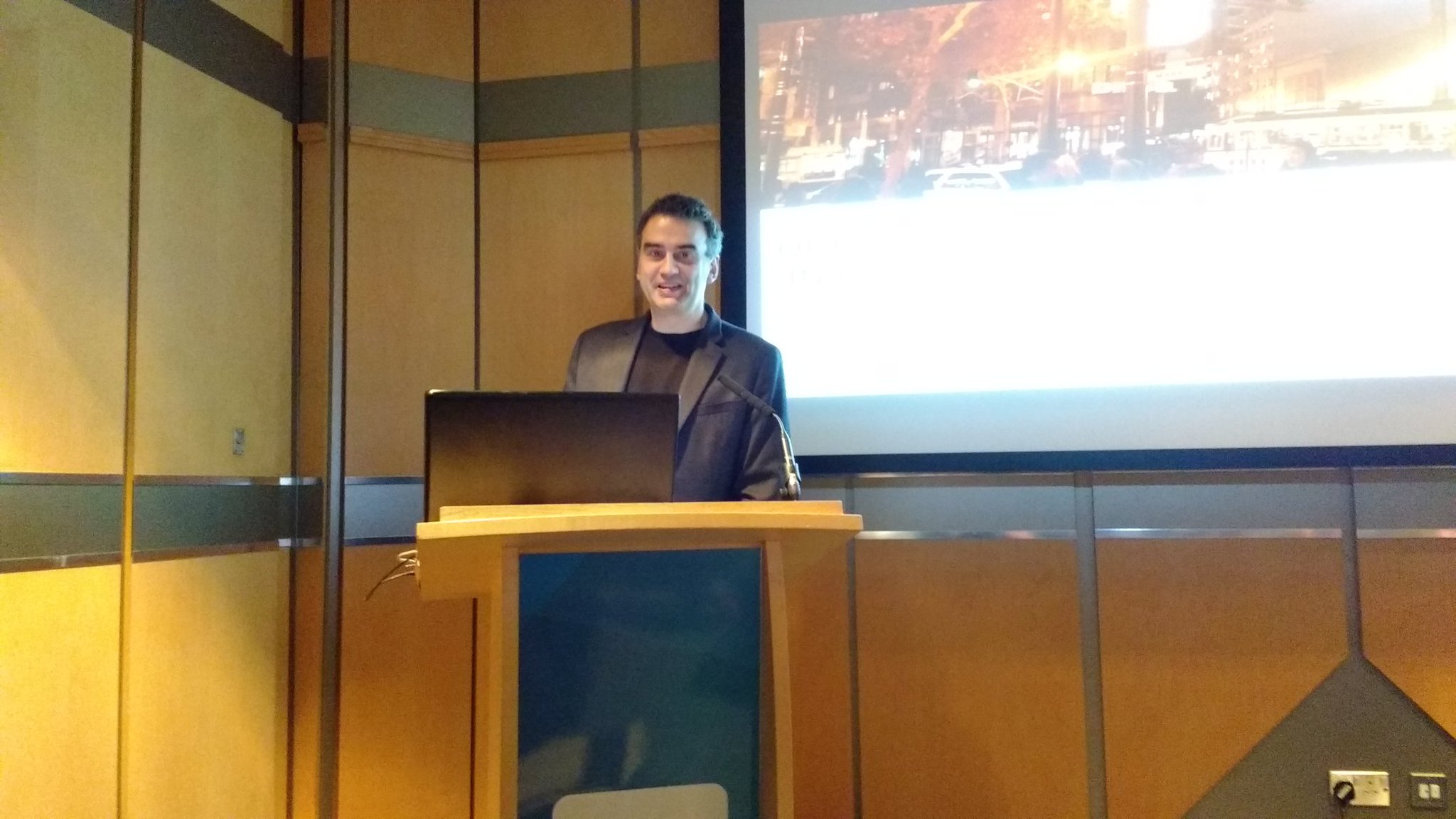 The first session I went to was Mark Rittman with “Query, Integrate & Visualise All Your Data (In Real-Time!) Using Hadoop”. This was a strategic session, discussing the present and future direction of analytics over Hadoop. Every time I see a 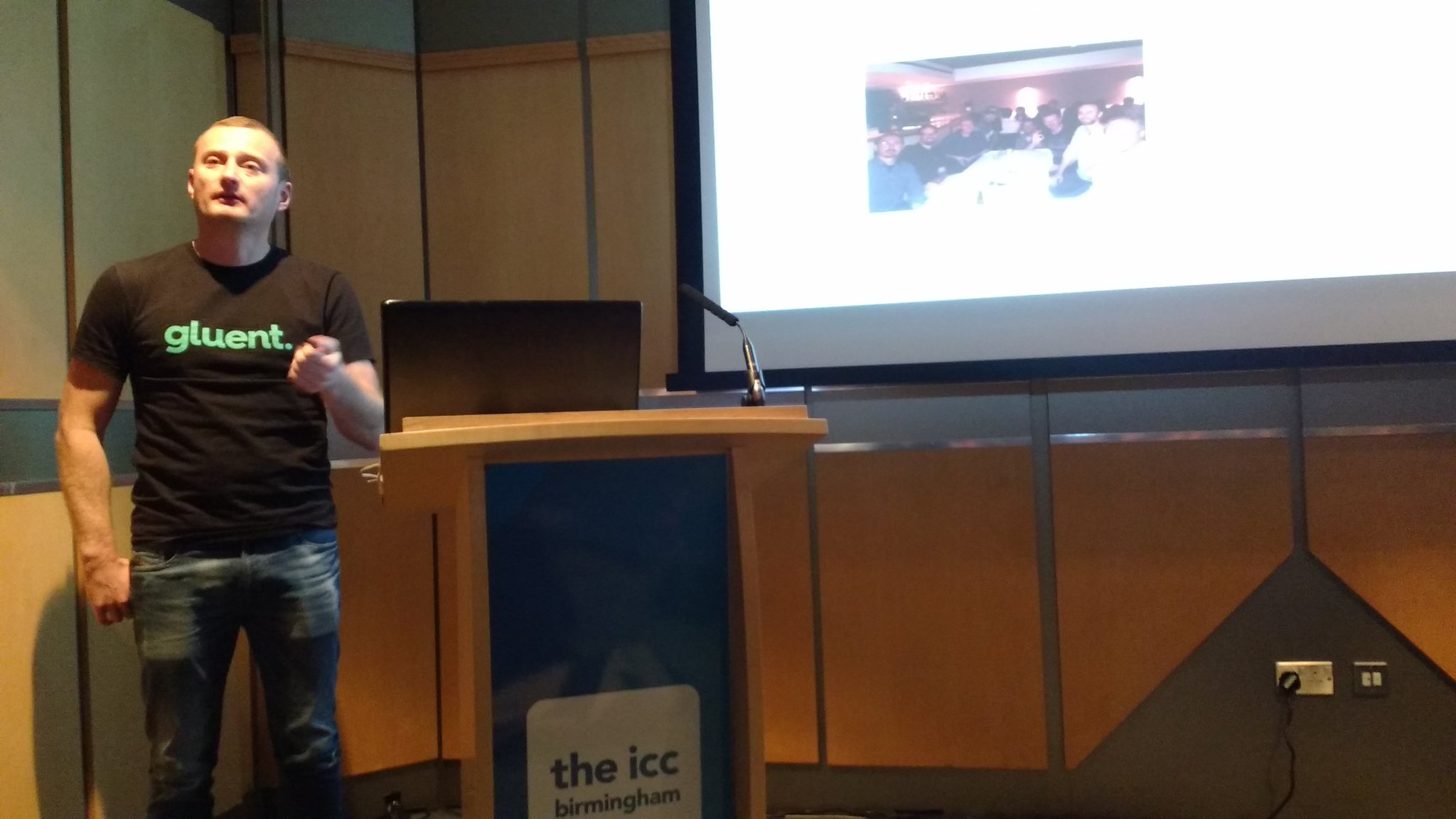 Hadoop session there are some new projects I’ve never heard of before and a bunch of projects that are now out of favour. Gotta do it in the cloud and forget about the plumbing. Mark was joined briefly by Tanel Poder, who discussed what Gluent are doing to integrate information from different sources. 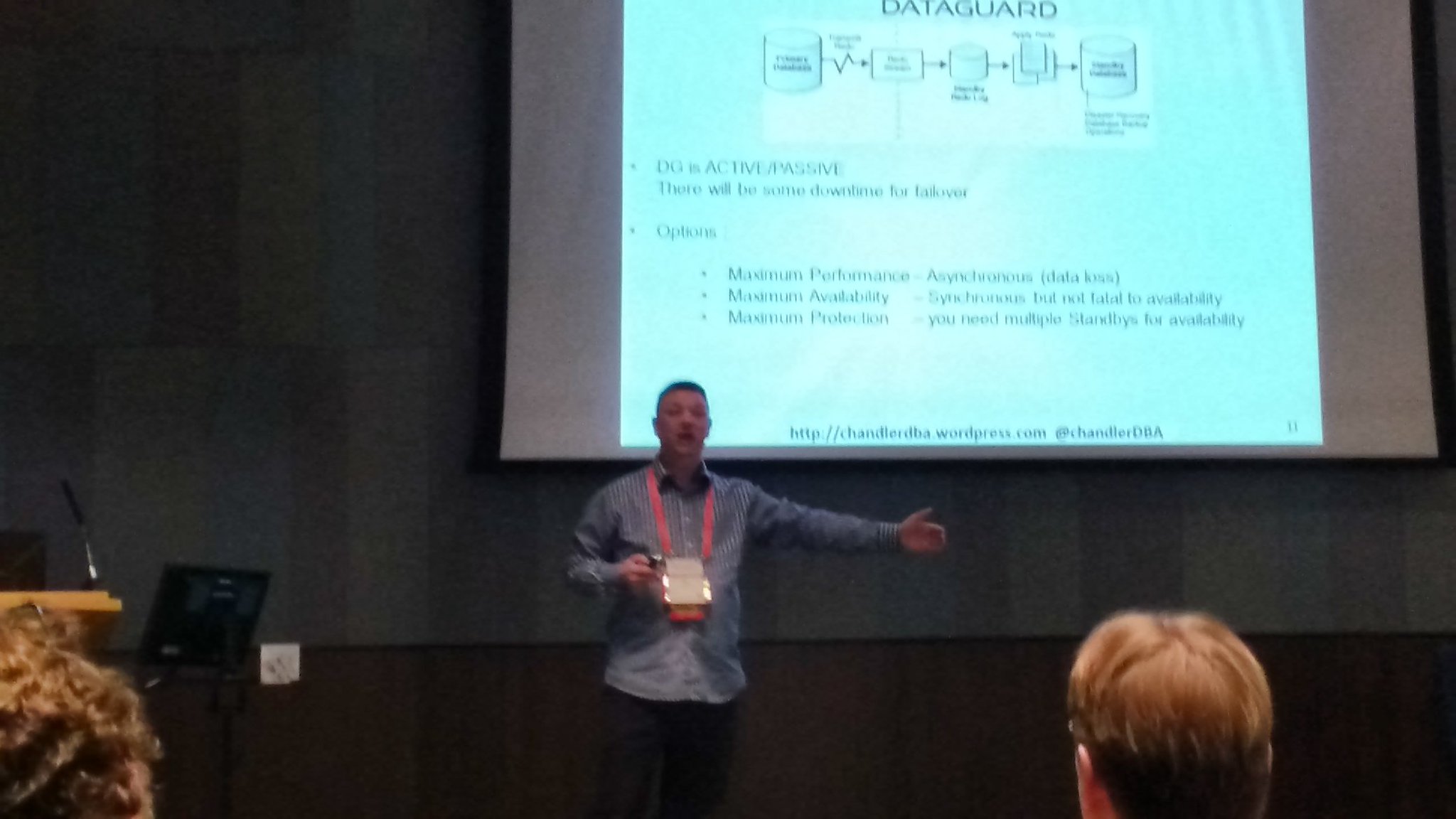 After lunch I was planning to watch Robin Moffatt speaking about Kafka, but the room was full, so I went to see Neil Chandler with “It’s a Disaster! Making it Better Using FarSync & Fast Connect Failover”. So this is not exactly “not my job”, but Neil does this stuff at a bigger scale than I do.

I had arranged to spend some time speaking to Jennifer from the Oracle ACE Program, so I missed the next block of talks while I spoke to her and a few folks who dropped by, including a fully awake Jeff Smith. 🙂 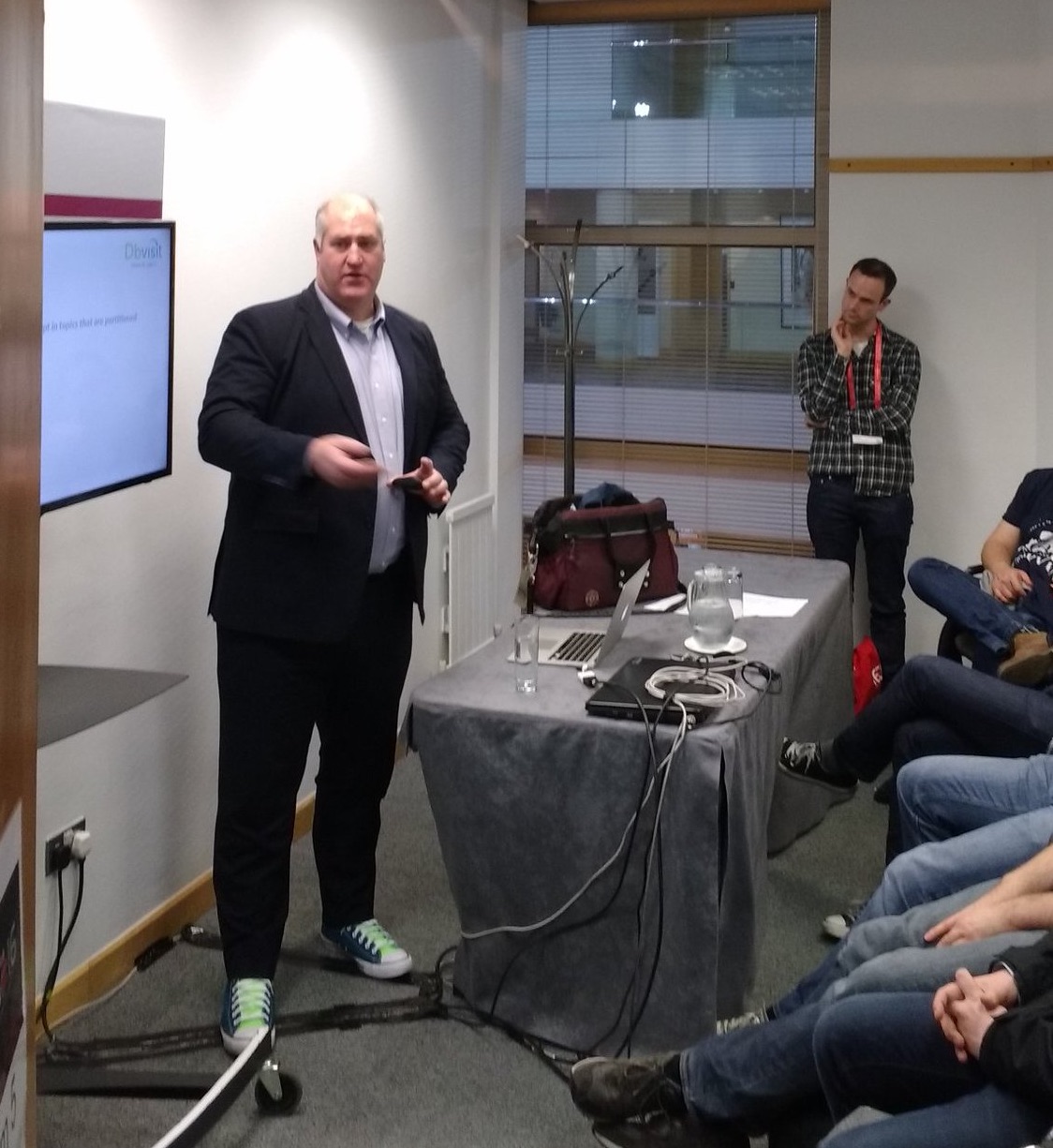 Next I went to watch Chris Lawless from Dbvisit speaking about “Data Streaming From Oracle to Kafka”, but once again it was full. Do you notice a pattern here? Rather than miss out I sat in the corridor listening. I couldn’t see anything, but it was still a good presentation in audio only. 🙂

Next I was planning to see “Migrating to & Supporting Databases on Amazon RDS for Oracle” by Maris Elsins, but once again the room was rammed. I couldn’t face watching/listening from the corridor again, so I dropped out and went to get a coffee and some food. 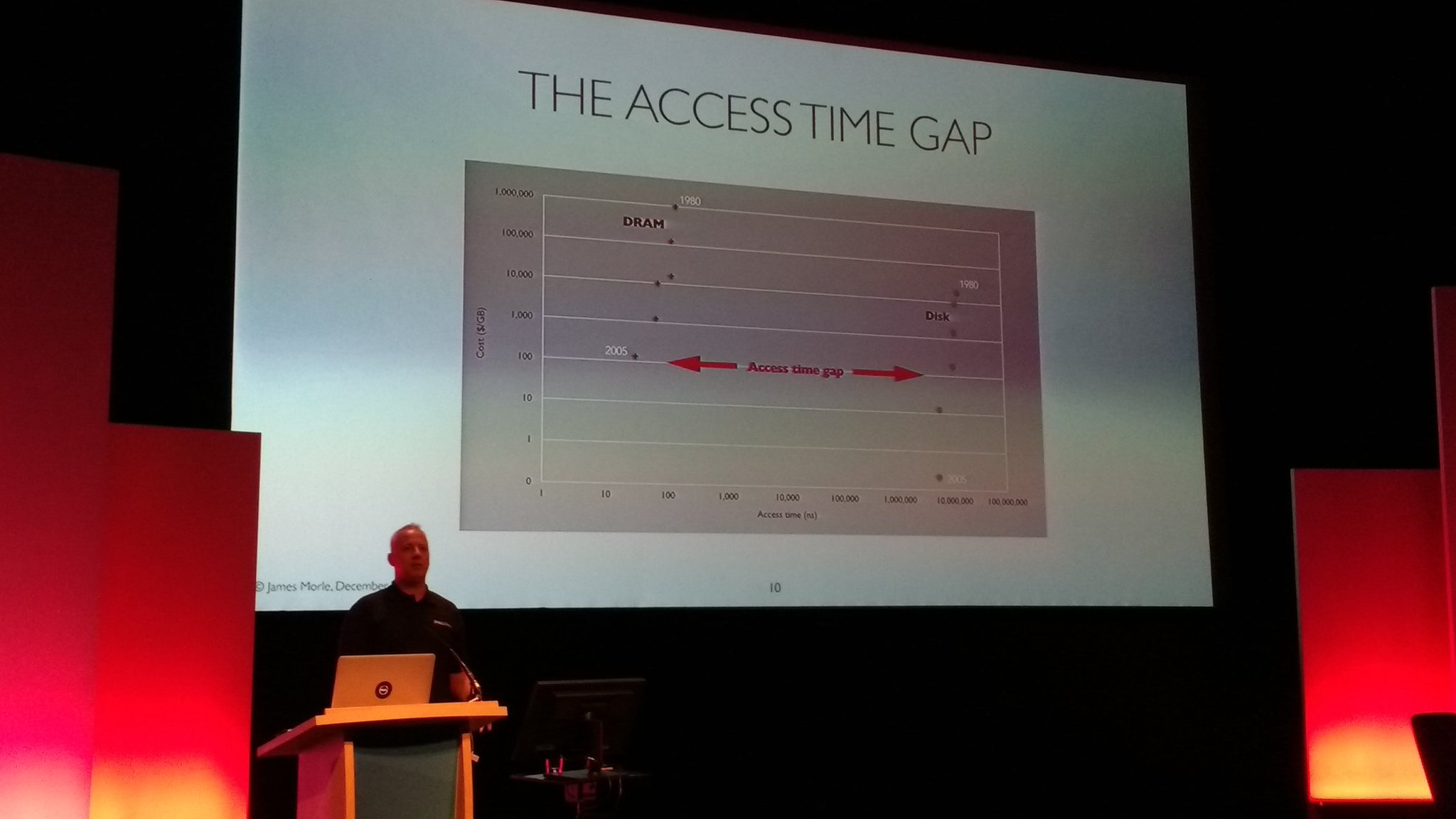 The last session of the day for me was “When The Rules Change: Next Generation Oracle Database Architectures Using Super-Fast Storage” by James Morle. There is no way I will ever work on stuff this high-end, but it’s fun to watch and it raises a whole bunch of interesting questions about the cost:benefit ratio of caching data when the storage is super fast.

From there we went across to Thai Edge for the ACE dinner. Lots of food. Lots of drink for those that do. Lots of talking. Altogether a great evening!

Towards the end of the evening I got talking to Lothar Flatz and I ended up giving him a lift back to his hotel, before heading home.