After not feeling too great last night I skipped the bay swim. I headed down to the conference and my first stop was the AppsLab Internet of Things (IoT) Workshop. With some help from Mark Vilrokx, I have now joined the world of the cool and hip. During the workshop you get a little Arduino board that is wifi enabled. You connect a button and a speaker, then upload a program to the board. Once you’ve done all that you can press the button, it connects to the Oracle IoT Cloud Service and it plays a little tune. You can also control other people’s devices. Next stop, world domination… 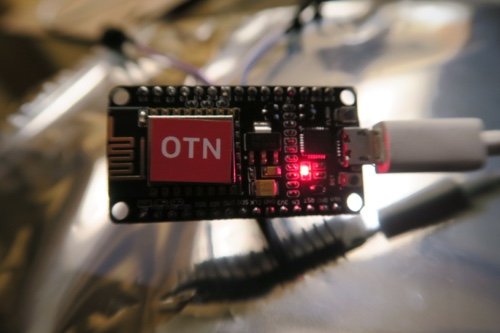 From there I moved on to the “Oracle Applications User Experience Cloud Exchange”, hosted by the UsableApps folks. They had a whole bunch of stands, each demonstrating a different facet of user experience (UX). For example:

For someone from my background this is a totally different world.

I especially enjoyed speaking to Basheer Khan about the work his company (Knex) has been doing extending Oracle SaaS using Oracle PaaS. In a world of proof of concepts (POCs), it’s great to see someone successfully delivering real products on top of Oracle Cloud Services. It’s also good to see all the messages from the UX team being put into practice by him and is company. If you get a chance to speak to him about it you really should.

The combination of the IoT and UX sessions put me in a super-positive mood. Happy days! 🙂

From there it was back to my day job, so I headed off to see Andrew Holdsworth speaking about “Real-World Performance Monitoring: Can You Believe the CPU Numbers?” Turns out you can’t believe the numbers! The Real-World Performance Group, which Andrew heads up, always deliver quality sessions, based on science and real-world experience, rather than the fluff you get from some. I try and get to their sessions every year for this reason. There was also another reunion with Dad, who has started on the Marmite and teabags I brought him. 🙂

After that I headed down to the exhibition hall to say hello to the Dbvisit gang. They’ve got a new version of Dbvisit Standby coming out soon, as well as a product called Dbvisit Replicate Connector that can stream data from Oracle to Kafka, amongst other things. I’m definintely going to kick the tyres on both of these once they are released!

Monday started with a trip to the gym, where I met Scott Spendolini. At the end on the session, we were sitting on bikes next to each other chatting, whilst peddling at an incredibly slow rate. After getting cleaned up, we headed over to Lori’s Diner and ate more calories than be burned at the gym. 🙂

From there we headed down to the conference. I spent some time chatting to folks at the OTN Lounge, where I met one of my former colleagues Ian MacDonald. He had just come out of an Oracle Forms 12c session and I had a bunch of questions to ask also, so we headed down to the demo grounds to find the Oracle Forms stand, where then spent ages talking to Michael Ferrante about life, the universe and everything Forms related. 🙂

As I mentioned the other day, the installation and configuration of Forms and Reports has changed in 12c. During my first run through I noticed the Web Tier that links everything together was present in the domain, but not configured during the process. I was curious if I had done something wrong, if it was expected behaviour or if it was an implied statement of direction. I guess the web tier is surplus to requirements for many people if they are fronting their infrastructure with a reverse proxy or a load balancer. It turned out to be expected behaviour, and we discussed the configuration of the web tier, which is very simple. Just amend a couple of files and copy them to the “moduleconf” directory under the OHS instance. Happy days.

We also got a demo of the installation of the Forms Builder on Windows, which no longer needs a WebLogic installation, making it a much smaller footprint for developer machines. Our developers still use Forms 10g Builder. We then take the finished forms, move them to the server and recompile to 11gR2. It’s a pain, but simpler than putting Forms Builder 11gR2 on their PCs. If we can move to 12c Forms, they should be able to use the latest builder again. 🙂

From there I moved on to the SQL Developer demo stand, where I got to speak to Kris Rice and Jeff Smith, who are always good value. While I was there Jagjeet Singh, Sanjay Kumar and Baljeet Bhasin came up to say hello to me, which was really nice. Of course, I filmed them doing a group “.com”… 🙂

After that it I did a tour of the exhibition stands looking for things of interest. I used the GoPro to film a walk around some of the exhibition. I’ll see if I can make a little montage out of that…

Next, I went back to the OTN Lounge and spoke to a whole bunch of people, and filmed a load of “.com” cameos for forthcoming YouTube videos. 🙂

Then it was the weary walk back to the hotel, where I crashed for the night.

I think tomorrow may well be another demo grounds day…

I’ve mentioned a couple of times before, I’m only attending Monday of UKOUG Tech13. One of my colleagues quit, so there is no DBA at work today while I’m out on a jolly. 🙂

My session was at 09:00, which meant getting up at 05:00 to get the train to Manchester. While I was on the train I did a final run-through of my presentation and surfed the net on the train WiFi. I left the house in the dark. It was still dark by the time I got to Manchester. The winter is so depressing!

My talk went pretty well. There were quite a lot of people there, but when you are presenting in an auditorium it looks really empty. 🙂 I think I got a bit excited because I finished early. That rarely happens to me, but it did leave room for an extended question and answer session, which was pretty cool. I was asked a variety of questions, some of which were really quite challenging. I came out and bumped into Jonathan Lewis, which gave me the perfect opportunity to discuss some of the issues with him. I think I will be adding a few points to my article to pick up on some of the themes raised by the questions. It’s always good when interactions with people open up new trains of thought. Thanks to everyone that came along, everyone who asked such good questions and everyone that said really nice things about the presentation on Twitter. 🙂

I kind-of missed the next session because I kept bumping into people and chatting. Meeting up with friends, new and old, is one of the best things about conferences for me. Amongst others, I had a quick chat with the previous Optimizer Lady (Maria Colgan) and said hello to the new Optimizer Lady (Tom Kyte). Tom has taken his new role to heart, turning up in a skirt and knee length boots!

Next up was “Self-Provisioning Pluggable Databases Using PL/SQL” by Brynn Llewellyn. I’ve been playing around with pluggable databases for a while now, but it’s still early days for me, so there were quite a few neat things that came out of this talk, including the use of DBMS_SQL to perform operations in the scope of a pluggable database and scheduler jobs of type SQL_script.

After that session I bumped into Melanie Caffrey and Martin Widlake and we chatted about the current state of software development in the age of “Coding-By-Google”, before I started to stuff myself with food.

The next session was “Introduction to the New Oracle Database In-Memory Option” by Maria Colgan. It all looks so simple and cool it can only be the result of witchcraft! It’s surprising how many long standing bits of the Oracle optimizer go into making the in-memory database work…

From there it was a quick trip across the road to watch Doug Burns speak about Database as a Service (DBaaS) at OakTable World UK 2013. This is a subject that I have a big interest in and one that I know very little about.

I did intended to go to another session, but I got chatting to Debra Lilley (who is not technical), Sten Vesterli, Lonneke Dikmans, Ronald Luttikhuizen and Simon Haslem instead.

From there is was a quick trek over to the station to start my journey home. I’m now just about to arrive in Birmingham.

Overall it’s been a really cool day. I got to present, see some great sessions and meet lots of cool people! Thanks to everyone involved in the organisation of UKOUG Tech13 and OakTable World UK 2013. Thanks to the Oracle ACE Program, who didn’t have to pay for anything this time, but allow me to keep doing what I do. Thanks also to my current employer, who paid for my train ticket. 🙂

Back to work tomorrow, where I’ll be doing one of my fortnightly Tuesday presentations…