In my previous post I mentioned feeling like a class traitor by paying for someone to do my washing. Well it gets worse. Sheeri and I (but not Debra) got a random upgrade to business class for the 1 hour flight from Honduras to San Jose, Costa Rica. I think that was the first time I’ve ever flown business. So much room. Seats wide enough to fit my ample butt. Tray cleared as soon as you’ve finished eating… A little taste of the good life, before I go back to coach for my big trip home. 🙂

We got to San Jose in the afternoon and spent a little time by the hotel pool. Not being a sun lover, I spent that time sitting fully dressed on a sun lounger with a towel over my head.

In the evening we got a taxi to a local place to get some food. Unfortunately, we were dropped off at a location favoured by tourists, which gave us a choice of chain restaurants from every location in the world except Costa Rica. I wasn’t particularly proud that the first food I ate in Costa Rica came from an Outback Steakhouse. Added to that, it was extortionately expensive…

The next day was conference day. We arrived and were assigned individual helpers for the day, which was a nice touch. All the attendees were together for the introduction speech, then split up for the 5 conference tracks. My first session was in the main auditorium after the introduction speech, so I had to watch the packed room empty, leaving a few brave souls. 🙂 I tried to do before (awake) and after (sleeping) photos at the start of the session, but some of the acting left a lot to be desired. Check out Graham Wood’s “excited face” in the first shot. 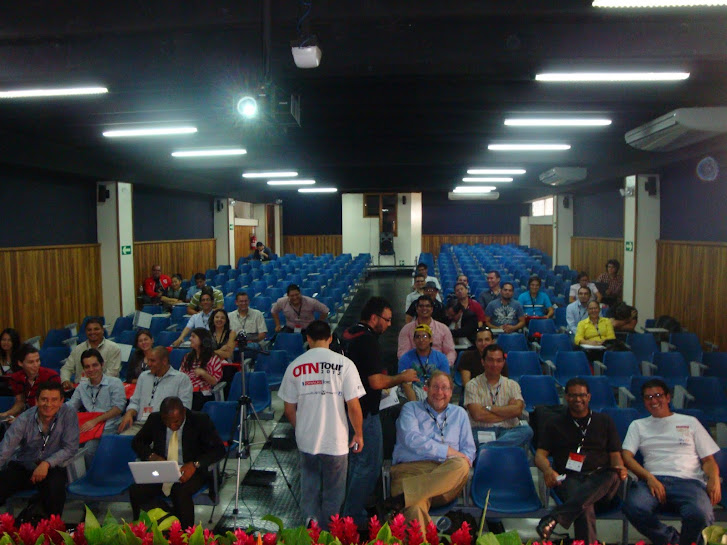 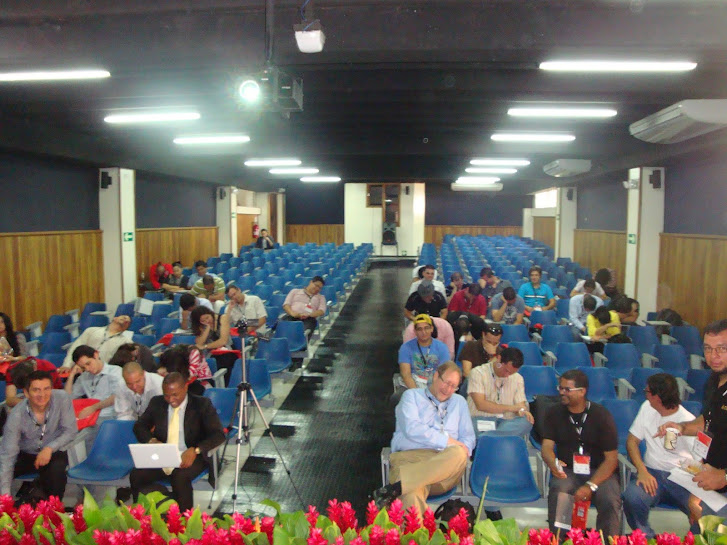 I got some questions at the end of the session. One of the attendees sent this photo of me leaning forward while listening to a question.

I’ve leave it for you to decide what the caption should be. 🙂

Later, I went along to Graham’s session on ASH, which I’d seen before, but was worth watching again. The room was full, so I gave up my seat for one of the paying attendees (it seemed only fair) . As the presentation continued, the room got increasingly hot. By the end I thought I was going to keel over. 🙂

A little while later it was my second session. This one was in a smaller room, but pulled a bigger crowd, so people were standing up at the back and sitting on the floor. Being up close and personal with the audience is much better for me. I just feel like I connect better. After this presentation it dawned on me that it was the end of the tour, which came with very mixed emotions.

In the evening we went out to a place serving Costa Rican food, which was much cheaper than the tourist stuff we ate the day before. The lack of alcohol caused some discent amongst the ranks, but everyone survived. 🙂 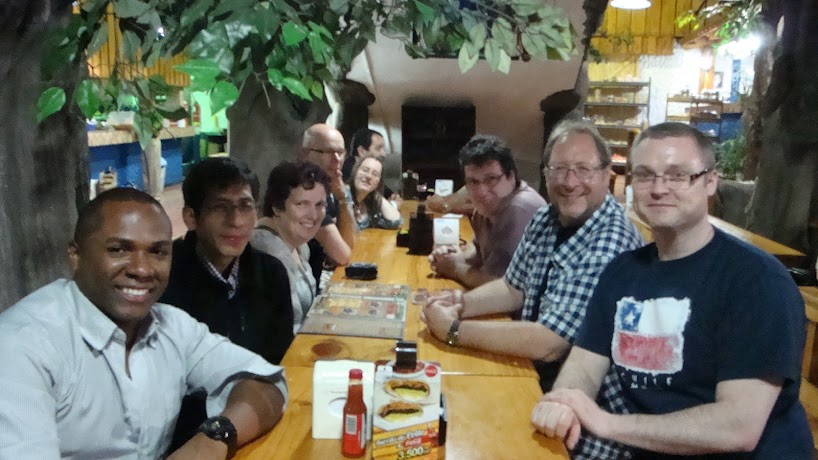 Some of the gang are off out for a Jungle tour today, but unfortunately it is time for me to fly home, so I’m missing out on seeing yet another country. I must come back and do it properly next time. 🙂

Big thanks to Ronald Vargas for organising this leg of the tour and thanks to the Oracle ACE program for making this happen.

PS. When I get home I will write a wrap-up post to summarise the whole LA OTN Tour experience.