I went to see The Great Wall last night.

The critics gave it a hard time. The reviews aren’t great. It’s a really cool film!

OK, it doesn’t have the best story. The character development isn’t great. The progression of Matt Damon’s character is quite clumsy. I see the flaws in all that, but my gosh what visuals!

If you are going to watch this film I would suggest watching it on the biggest screen you can find. I watched it on an IMAX 3D and it was amazing. The use of colour was out of this world. Visually it was like all the best bits of House of Flying Daggers and Hero, mixed with a bit of video game feel and a real-life version of animation. It was just spectacular.

As I mentioned, Matt Damon’s character was not my favourite. In a way I would have preferred him not to be in it. I know what he was meant to represent in the film, but I found it a distraction. The real lead character was Tian Jing (Commander Lin Mae), who is fearless, beautiful and totally kick-ass as leader of the Crane Corps. Watching the Crane Corps on a big screen, especially on 3D, is enough to make you lose your dinner! According to IMDB she is in the new Kong film too. I hope they’ve given her a decent role, not just some crappy love interest.

China has some seriously spectacular scenery. If you’ve watched any of the Chinese epics that have been released over the last 15 years you will know what I mean.

So disconnect your brain, sit back and bask in all visual glory!

Imagine someone watched Independence Day and thought, “What a complete sack of shite! I’m going to make something completely the opposite of that!” What you would probably get is Arrival.

It is absolutely not your typical alien action film. It focusses on how we would communicate with visiting aliens who experience everything in a completely different way to us. I can’t really say much more than that or it will ruin things for you.

I really enjoyed it. It’s well worth seeing in my opinion!

I just got back from watching 10 Cloverfield Lane. The trailers don’t really give much away, but don’t watch them anyway, just in case. Also, don’t read any reviews with spoilers before seeing it. I think it will still work if you know the story, but why ruin it?

The story is great. The acting is great. John Goodman is great. I didn’t really know what the story was before going in. I had just seen the trailer embedded above.

I’m so glad I went to see this film! I don’t want to say anything more for fear of ruining it for someone…

Yesterday I went to a late showing of Deadpool. If you haven’t seen the trailers already, don’t watch them as they give too much away!

I’ve been wanting to see it for a while, but I can’t get my cinema mojo back. The last thing I went to see was the new Star Wars film. I used to really love going to the cinema, but these days I really don’t like it. Even when I enjoy the film, I find the process rather irritating.

The opening credits were funny and totally irreverent. They really set the mood for the whole film.

Probably the hardest thing about introducing a “new character” to the audience (let’s forget the X-Men Origins: Wolverine stuff, since this film has) is you have to go through the backstory, which is typically pretty boring. Deadpool also had to do the boring stuff, but at least it does it in a more interesting way. Switching between backstory and “current time” crazy action is probably the best way to get it done.

The Deadpool character is very different to every other super hero. He breaks the fourth wall (talks to the audience), which is especially interesting when the characters around him seem confused, like they don’t understand who he is talking to. Added to this he self-references, is edgier and funnier than most super heroes. Also, the content is significantly more adult than any of the X-Men films that came before it.

I guess the bit I liked the least was how they gave him his mutant powers. I preferred the idea they used in X-Men Origins: Wolverine. I thought the method they used in this film seemed kind-of lame.

Overall, I’m glad I went to see it. I just wish I hadn’t seen the trailers as they give away a lot of the good stuff, which I think would have been more epic and funny if I hadn’t already seen it.

Honourable mentions go out to the two female mutant characters (Negasonic Teenage Warhead and Angel Dust) who were awesome. I would have liked to see more of them in the film. 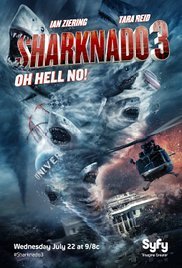 I just got back from watching Star Wars: The Force Awakens.

I won’t give any spoilers, so don’t worry if you’ve not seen it yet!

Overall I thought it was a really good film. I went to see it with some friends and their kids, so ages in our group ranged from 6 to 60+. Everyone came out saying it was good, and the kids wanted all the toys and were arguing over which one of the characters they would be… So they pretty much nailed it as far as setting up this trilogy! 🙂

A move back to physical sets was really welcome. Everything felt so much more real in this film compared to Episodes 1-3, which felt like 100% green screen.

I watched the film in 3D IMAX. There was once seen where a space ship was totally sticking out at me and it took all my will power not to reach out and try and touch it! It was pretty amazing. I still don’t like 3D, but this was a pretty good experience.

Having said all that, this was basically a remake of Episode 4. There is pretty much a 1:1 mapping between most of the characters in this film and those of Episode 4. I don’t think that is a bad thing and it probably needed to happen so that all generations could come away happy. I just hope the next films take a different route. It would be very easy to recycle the past again and they would be enjoyable, but I think it’s important the next two films have their own identity and secure the legacy.

I watched Interstellar last night at a mates house.

Where to start with this film?

I watched Sharknado a few months ago and it was brilliant. I have this nagging doubt that they were serious when they were filming it, which only adds to the quality of what they produced. There are great movies, good movies, bad movies and movies that are so bad they come full circle and become great. Sharknado is in the later category.

I recently watched Sharknado 2 : The Second One on Netflix and it is really good! I mean properly good. It’s like they’ve almost made a parody of the first film. It’s just bigger, more outrageous and better.

Sharknado 3 is due out in July in the US. I hope they get it on Netflix pretty sharpish, because I really want to see it.

The wife was in town last night and decided we should see Fifty Shades of Grey. Despite having only seen each other about 4 times (including yesterday) since we got married on the boat at OUGN2014, I like to think this is not an indicator that our relationship is on the rocks…

OMG. What a terrible film!

I’ve not read the books, so I wasn’t really sure what to expect. The following contains spoilers (assuming you can spoil something that is complete toilet in the first place) and some rude words. Those of a sensitive nature should not read on. You have been warned.

It’s basically Twilight for adults, but worse. OMG, did I really just say something was worse than Twilight?

For the first hour the acting was painfully bad. It was like some mix between Twilight and a “made for TV” movie. Just shocking. Later in the film, as Anastasia developed a bit of backbone, her performance got quite good, which leads me to believe she’s a pretty good actress, assuming there is something worth acting…

There are so many bad stereotypes and cliches in this movie.

Despite the terrible film it was a fun evening. Debra once described a “horror film” she had seen to me. I later found out this “horror film” was Conan the Barbarian. If someone sneezes or twists their ankle in a film, it is essentially a horror film as far as she’s concerned. There were a couple of scenes in this film that made her jump, which was hilarious.

Added to that, some of the dialog was so bad it had me laughing out loud. I don’t believe it was meant to be funny, but it was so stupid I couldn’t help myself.

Nephew #2 was in a football tournament near to me and parents weren’t allowed to watch, so my brother dropped him off and paid me a visit. I don’t have furniture, so when someone comes to see me we have to go out. We decided to go to the cinema to watch Ex Machina.

If you’ve seen the trailers you will know what to expect. The plot is quite predictable and most of the themes have been covered in other films (A.I., I, Robot, Transcendence) already, but none of them really got it right in my opinion. That all sounds a little damning, but this film works! The predictable elements of the plot and slow pacing give you a lot of time to turn things round in your mind. This is definitely a thinker of a film. My brother’s not a techie and I was a little worried he would be bored, but he totally got it too.

Visually the film is amazing. Almost every scene draws you in. I’m not just talking about the CGI. The whole thing is just beautiful.

IMHO this is fantastic sci-fi. Unfortunately the Michael Bay generation will be disappointed by the lack of explosions and hate it…