I’m feeling tired and incredibly aggressive today. It’s just been one of those days.

Rather than stab some people in the face, I’ve taken a half-day off work and I’m going to read in the bath for a few hours, then go to bed and try and forget today ever existed.

Update: Now my microwave has just produced a mini lightning storm and died. What a day!

All completely crap stories must come to an end, and so we come to the last in the massive pile of toilet that is The Twilight Saga:

Since I’m not the target audience, I decided to go for a later showing to avoid the hormonal pre-teens. The adverts before the film let you know what you are in for. It’s a mix of lipstick and feminine hygiene products. Then the film starts…

To put it politely, it just drones on… I was convinced by my mate’s 12 year old daughter than Bella is meant to be crap all the way through, because when she turns into a Vampire she suddenly becomes awesome! That didn’t happen.

Eventually, just before you start gnawing at your own wrists wanting to die, a fight scene starts. Pretty early on in this scene some key members of the cast die and it sparks your attention, making you think that finally you will see something worth seeing. Then it turns out none of it really happened and it was a Bobby Ewing moment.

After a bit of cheesy crap it finally ends and you know you will never have to witness such a complete pile of steaming crap ever gain.

Stephenie Meyer should be thoroughly ashamed of herself, that she has been part of an insidious attempt to destroy all that is great about vampire and werewolf films!

I was looking forward to seeing this film so I could close the circle of hatred and I’m glad to say it didn’t disappoint. It is truly, heart-stoppingly terrible.

PS. In case I didn’t mention it, it’s really bad!

My Forum is being hit really hard by the spammers again. It seems to happen for a few days every month, then they get bored and move on. To give myself a break from constantly deleting spam I’ve turned off new member sign up for a while. Existing member can carry on posting, but at the moment no new members will be allowed. I’m guessing very soon they’ll get the message and jog on.

We’ve hit the half way point in Movember and I now have a visible Mo! 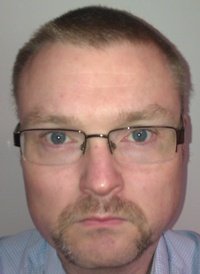 It’s not quite as impressive as the one I faked with hair from my head, but it’s getting there. 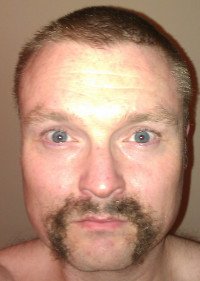 The gray hair doesn’t help much as the flash on the camera seems to make it transparent. 🙂

I’m posting daily updates on my Movember page, so you can watch my Mo grow on a daily basis. If you want to donate a  little money to charity, it is all welcome. 🙂

About a week ago we had a big power outage at work. What with UPS and generators, most systems coped fine, but one system didn’t fair so well…

One of the mount points, and some of the data files within it, got corrupted and the Solaris container holding the database decided to repeatedly bounce between nodes. After a few days work on the part of the sysadmins, including a file system restore to repair the Oracle software installation, the server was given back to me.

A DBVerify showed there were loads of block corruptions in the data files, so I did a full restore and recovery of the database. The app was released for testing to the users this morning. A little before midday we had another power outage, even more severe than the previous one. Some of the UPS had not fully recharged since the last outage…

We will not get power restored until this evening. Everyone has an early start planned tomorrow. We have no idea what we are walking in to though!

The moral of this story is always have a good DR strategy!

PS. The other DBA is on holiday this week. LOL.

Update: The DB was mangled again so we had to restore it again. 🙁

I was filling a new memory stick with useful stuff for work, including the latest PortableApps, and noticed MobaXTerm Version 6.0 has been released.

It’s a standalone exe, so it runs just fine from a memory stick. 🙂

While writing this I am singing the Skyfall theme in the style of a bad pub singer, kinda like Vic Reeves would do.

I couldn’t face queuing and all that jazz during the opening weekend of Skyfall, so I went at lunchtime today instead. I’m an old git, so Sean Connery will always be the “real” James Bond for me, but I think Daniel Craig is a very close second. I like the fact he looks like he’ll **** you up if you mess with him! The last bond that really had that presence was Connery.

Naomie Harris is hot. Javier Bardem was a freaky mother-hubbard in No Country For Old Men and he’s even more freaky here, if that is possible.

The story is OK. It’s not an amazingly novel concept, but it’s well executed and does itself justice. Most importantly, it’s actually possible to understand what the whole film was about, unlike Quantum of Solace. 🙂 Like the previous two outings, it’s a grittier and more in the style of the Bourne films. I kinda like that, but also miss some of the camp techno-whiz of the old films. Being the 50th anniversary, there are some references to the old Bond, which are kind of fun.

Overall, well worth seeing if you are into the Bond franchise. If I’m honest though, I’m much more looking forward to the remake of The Girld Who Played with Fire than I ever was for this…

PS. The last of the Twilight Saga is out soon. I can’t wait to go and see it so that I can report how much I hate it. 🙂

I’ve put a couple of new posts live recently that are on quite old themes.

The instance caging article was my feedback to some people at work about one method for managing resources in a consolidated environment.

The last couple of days I’ve been helping one of my colleagues improve the performance of a Business Object report that contained calls to PL/SQL functions in the select list. The report took ages to run. So long in fact I don’t think anyone had actually waited long enough to see it complete. 🙂 After a bit of messing around we got it down to less than a minute. The function calls article is a summary to help prevent other people making the same mistakes. I think this is probably going to be the subject of a future Tuesday meeting at work…

In a recent Tuesday meeting I presented my forthcoming UKOUG session entitled “PL/SQL: Stop making the same performance mistakes”. That references some existing articles on my website, but there are a number of things I’ve been teaching in my Oracle University class for ages that have never made it on to the website. To correct that, I put another 6 PL/SQL articles on the site (with some more to come), but the subject matter is so old I’m not going to promote them to the front page. I will write a new article to support the UKOUG session, which will mostly be links to all the relevant content covered by the talk. That article will go to the front page, so all this content I’ve added to the site in “stealth mode” will become evident in the near future.

I’m now rockin’ UltraEdit 3.3 on my MacBook Pro and Linux boxes at home. A previous announcement suggested by this version the Mac and Linux versions would have caught up with the Windows version from a functionality perspective. I’m not sure if that’s true, but they are close enough for me.

The latest Windows versions is 18.20, which I use at work, but home is where the real magic happens. 🙂

Tomorrow will be day 7 of Movember and so far my facial hair is not as noticeable as I would like. You can see my progress, or lack of, on my Movember page.

So tonight, I was cutting my hair and decided a bit of Movember fakery was in order. I took some of the hair that came off my head and arranged it on my face. It was pretty gross as it kept going up my nose as I was breathing. 🙂

Hopefully, this is a sign of things to come. 🙂

PS. If you have any spare pennies, please donate. It’s all going to a good cause…