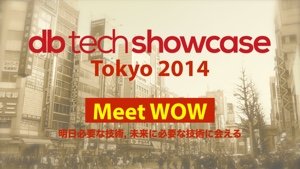 Day 2 of the English speaking track of the Tokyo event began with:

After Mike’s session we went out for lunch at a Tempura place. I had vegetable tempura. Very nice!

Tom took great pleasure in saying things like, “You’re only saying that because you get those cheques from Oracle every month…”, after everything I said. 🙂 For those that don’t understand the joke, read these blog posts (Fanboy, Oracle Bitch, Follow Up).

The afternoon sessions were:

Presenting so late on the second day was really tough. I just wanted to climb into bed and sleep. I had to miss a couple of slides out as I ran out of time, but it’s all backed by an article, so people can fill in the gaps later if they are interested.

I’d like to extend a big thank you everyone involved in the setup of the event, especially Noriko, who went out of her way to make everything as simple as possible for us. I look forward to seeing you all again.

Tomorrow is an early start for the flight to Beijing, so I’ll probably post an update once I land and get into the hotel there.