I was very dissapointed with the entrance to Machu Picchu. It felt like the entrance to a theme park. There was even Machu Picchu WiFi. We were there to witness wonder and spectacle, but seemed to be getting Disneyland. After being on the verge all morning, I puked and felt much better.

When we eventually got through the turnstyles, we started to walk up the hill. The stairs are quite steep, but nothing I would be worried about if it weren’t for the altitude. It makes it feel like hard work, so you have to take it slow. I used the turns to my advantage and mostly hid the fact I was repeatedly throwing up. After a few minutes we got to area that overlooks the former residential area of Machu Picchu. If you’ve ever seen a picture of Machu Picchu, chances are you’ve seen the one taken from this spot. A few levels up and we were at the guardhouse, which gives an even better view. I puked there too. 🙂 For me, this was all I wanted to do as far as Machu Picchu was concerned. I wanted to stand there and see this for myself. Everything else was a bonus. People visit several times and spend days there. This was really all I wanted. 🙂

After that we walked down towards the residential area. At that point, I really felt like I was done for. I told Debra to carry on and I walked down to the entrance to look for medical attention. I finally got to see the medic, and puke in her bin a few times. She injected me with a concoction of anti-nausea and electrolytes and left me to sleep for a while. By the time Debra returned I was feeling much better. Interestingly, it was nothing to do with the altitude. My blood O2 was fine. It was pretty similar to what happened to me in India. I’m starting to think it’s nausea caused by a type of migrane, induced by lack of sleep.

Anyway, after my rather brief visit to Machu Picchu, we were heading down the mountain in the bus. We got some food and chilled out before boarding the train to take us back to Cusco and the rest of our luggage.

The train journey back took about 3.5 hours. Lot’s of great sights, only marred by some intensely annoying children, who were complaining about being bored. Why do adults drag children along to this stuff? They don’t enjoy it and ruin it for everyone else!

Back at Cusco, it was a quick taxi ride to the hotel, where I puked and went to bed. We were hoping to have a brief look at Cusco, but it gets dark so early in Peru, there really wasn’t time.

I would like to say I got a good night’s sleep, but the hotel we stayed at was so noisey. I woke several times in the night because of fireworks, music and general noise in the town, which made the 03:30 start the next day even harder to cope with.

Now I know this all sounds really negative and bad, but it was worth it. Machu Picchu is one of those places I always hoped to see before I died. The fact it nearly killed me in the process is besides the point. 🙂 I’m pretty sure if I hadn’t been so beaten up by two weeks of travelling and presenting it would have been a breeze. Part of me thinks it would be nice to go back and see again, but part of me thinks I’ve done all I wanted to do. It is a very expensive experience, but worth it in my opinion.

I wasn’t really in a fit state to take photos, but fortunately Debra was and she let me have a copy of them, which you can see here. I especially like the ones of me looking like dreadful. 🙂

Update 1: I think it is great how much work they are doing to preserve the Machu Picchu site, but the amount of rebuilding is a bit of a concern. At the moment, about 30% of the site has been rebuilt and the work is continuing. If too much is done, it ceases to be an ancient site and becomes a modern site in the style of an ancient one. They need to tread very carefully, or risk taking the final step and completing the transition to Disneyland! 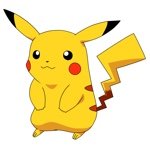 Update 2: At no point did I see Pikachu! Apparently, Machu Picchu and Pikachu are not the same thing. Who’da thunk it?