Day 2 of the ASUOC event started with a talk on licensing in Spanish. I couldn’t understand the content, but the audience seemed interested and many people queued to get a business card from the speaker at the end.

Next up was my session called “Its raining data! Oracle databases in the cloud”. There were no changes to this session, so compared to yesterday I felt a little more relaxed at the start. 🙂

After my session was “Become a performance problem solver in 45 minutes!” by Trond Enstad. Trond is Norwegian, speaks excellent English and did his presentation in Spanish. 🙂 I just looked at his slides and pretended I understood what he was saying. 🙂 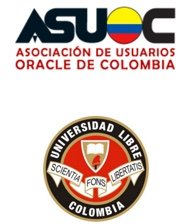 The next session was “Oracle Service Bus 12c: Everything you wanted to know about OSB 12c but were afraid to ask” by Frank Munz. Frank was struggling with his voice towards the end of yesterday, so he spent the morning in silent-mode, saving himself for his presentation. His voice was fine during the presentation. 🙂 As well as an explanation of WebLogic 12c, he also spoke about Micro Services.

That really marked the end of the conference for me. There was a session on DevOps in Spanish to complete the morning, then the afternoon was made up of workshops in Spanish…

I took part in some group photos, said goodbye to everyone and got a taxi back to the hotel to catch up on work and non-Oracle life for the rest of the day. 🙂

Thanks to everyone at ASUOC for inviting me to the event and making it fun. Hope to see you again soon!

So that’s the last conference in the series for me. Just the journey home to worry about now. 🙂