When your day starts with getting trapped in an elevator, you start to wonder how it’s going to turn out…

OK, that was putting it a little dramatically. In the morning I had to go out to get some cash and soft drinks. On the way down the power cut off in the elevator and the lights went out. Fortunately the power came on within a minute, so I wasn’t forced to eat the lady who was in the elevator with me… After the event I tweeted this.

“That feeling when the power goes off in the elevator and you don’t have Sigourney Weaver (@RealSigourney) or Milla Jovovich (@MillaJovovich) to save your fat ass.”

Since Barranquilla airport has a lot of building work going on I decided to leave the hotel a little later than I normally would. There were a couple of slow bits of traffic that made me think I might have made a mistake, but I got there in time, so it wasn’t a problem. As it turned out the departures section of the airport was in pretty good shape compared to arrivals. The queue for bag drop was in a big temporary hanger, which was super hot, but once I got through that it was fine.

When I got to my gate I bumped into Mercedes Wyss and Pablo Sainz who were on the same flight as me to Bogota. I would guess it took us a little over an hour to get from Barranquilla to Bogota. Once there we left domestic and moved through to international security. At that point Pablo left for a flight to Mexico and Mercedes and myself went to our boarding gate for the flight to San José.

The flight to San José took a little under 2 hours and was pretty smooth. There was one bit of turbulence just as I was in the toilet. I had visions of being shaken round like a pea in a tin can and coming out drenched, but fortunately it wasn’t that bad. 🙂

When we landed at San José we quickly moved through security, got our bags and got a taxi to the hotel. 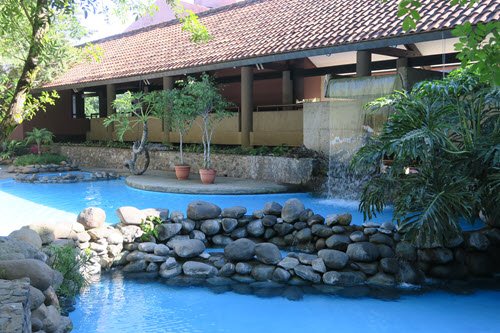 I met up with Mercedes later to get some food in the hotel restaurant. That was pretty much it for the day. It’s surprising how tiring a day of taxis, planes and waiting around can be. 🙂