I woke up feeling a little dodgy, but much better than the day before. I even got down to breakfast. 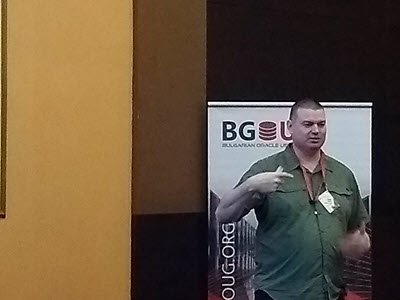 The first session of the day for me was “Oracle Database infrastructure as code with Ansible” by Ilmar Kerm. I’m pretty early on in my Ansible journey, so it’s good to see what other people are doing with it. I had a long conversation with Ilmar after the session, and was joined by Oren Nakdimon, which meant we missed the next block of talks. 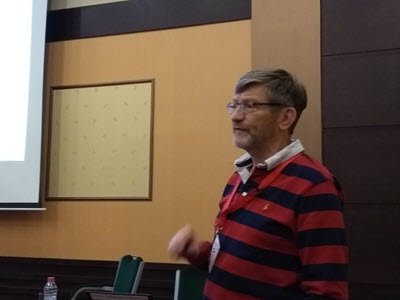 Next up I went to see “So, my query plan says ‘Table Access Full’ – what happens next?” by Roger Macnicol. There was some stuff I knew, some stuff I’d written about and forgotten, and some stuff I will pretend I always knew, even though secretly I didn’t. 🙂 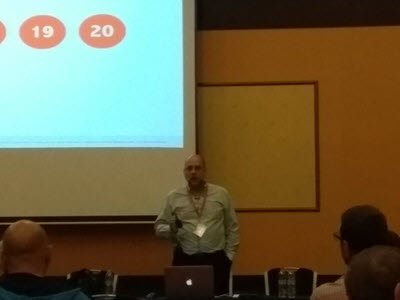 After lunch I went to see “Upgrade to Oracle Database 18c: Live and Uncensored!” by  Roy Swonger. In addition to speaking about the options to upgrade to 18c, he also covered some 19c stuff, and did a live demo of upgrading from 11.2 to 18.3. Funnily enough, this is exactly what I’ll be doing on Monday for one of my systems. 🙂 I spent the whole of the next block speaking to Roy about a bunch of different things, including upgrades of course. 🙂 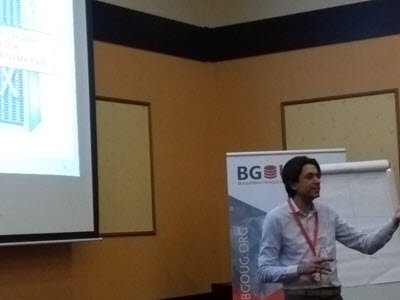 From there I went to see “Oracle Exadata – Laying the foundation for Autonomous Database” by Gurmeet Goindi, which was a run through of Exadata and In-Memory features, amongst other things, and how they have been used as a platform for the autonomous database cloud service to be built on.

From there it was on to a panel session where we were discussing our opinions on Autonomous Systems. I think this was a funny session, and I feel like I was doing a sales pitch for autonomous databases at some point. 🙂 I think the word autonomous is a big sticking point in the heads of some of the audience. I don’t really care what it is called. I care more about what it can do.

From there we went to get some food, but I has to duck out quite early because tomorrow is a 03:00 start again for me. Fingers crossed.

Thanks for all the folks at BGOUG for inviting me again. This was my 8th visit to the conference. I wish I hadn’t been unwell at the start, but it was good that I managed to get involved today!