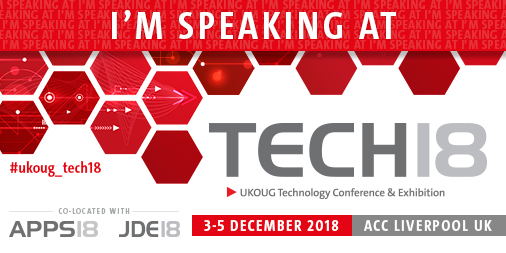 The first session of the day for me was Alex Nuijten with “and from the chaos comes the perfect APEX application”. This session was focused on the organisation and structure of APEX applications. You could describe it as #SmartDB or #HardShell I guess. The emphasis was on a functional API layer, with APEX used as a skin over that API layer. I share this opinion, but Alex takes it further than me, and in a more structured manner. He was having some problems with the screen blinking, but he’s a pro and took it in his stride. 🙂 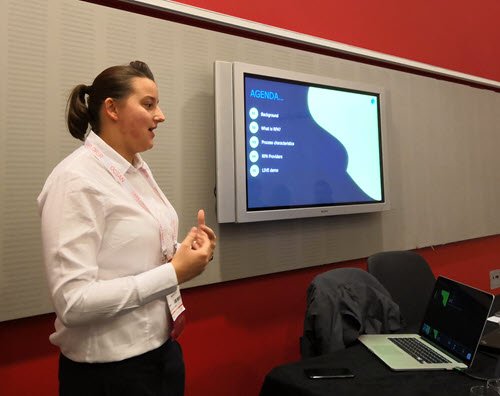 Next up was Amy Simpson-Grange with “Robotic Process Automation”. This was Amy’s first technical presentation, but you would never know it. There were some problems with the screen at the start of the session, and I’m sure she was freaking out inside, but she shrugged it off and did a great job switching between laptops. I’ve not really been involved in this type of automation before, so it was a learning experience for me, with a few light-bulb moments along the way. The content was great and the delivery was so relaxed and natural. I really hope she keeps on doing tech conferences in future! 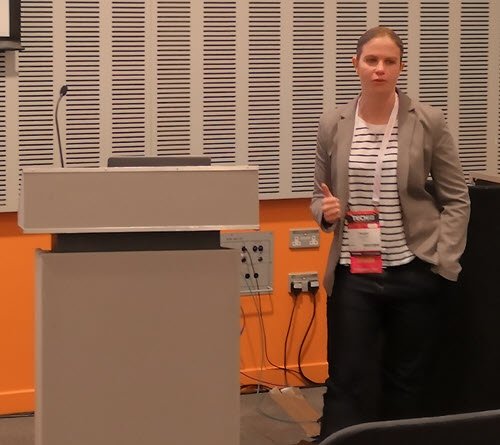 After that I followed some of the analytic folks into a session by Abi Giles-Haigh called, “Open Source & Oracle Complementing not Competing”, which was focused on the AI, Machine Learning and Deep Learning space. I freely admit to being clueless about this area, and Brendan seemed surprised to see me there. 🙂 I was kind-of expecting to be totally lost, but Abi did a good job of making it noob-friendly for me, as well as giving the pros something to bicker over. 🙂

Continuing the theme of watching stuff I knew nothing about, I went to Lonneke Dikmans presenting an “Introduction to Blockchain for Developers”. Over the years I’ve gained my first insights into the worlds of SOA, microservices and then serverless from Lonneke, and here I am learning about blockchain at one of her sessions. I wonder what next year will bring. 🙂

Next up in the same room was Roel Hartman with “Docker for Database Developers”. I’ve seen a number of Docker presentations for DBAs and developers, including my own, and they all bring something different to the table that make you think. I guess so much depends on your area of interest and the use cases you have in mind, as that will direct your attention. A hardcore DBA will see things differently to a developer, and a generalist like me will probably sit somewhere between the two. 🙂 It’s good to see things from a few angles, as it gives you a more rounded perspective.

From there I tagged along with Dawn and met up with a few folks at a local hotel bar for a quick drink before heading off to get the train home. I got a table on the train, but disappointingly there was no wifi, so I had to write this blog post in a text editor, to post later. 🙂

So that’s the last conference of the year for me! Thanks to everyone at UKOUG for making the event happen and inviting me to speak. Thanks to the attendees and speakers who came along and made the event what it is. Thanks also to all last year’s attendees who filled in the speaker evaluations, that resulted in me getting the “Prettiest Speaker Ever” award this year! To this year’s attendees, please fill out the evaluations. It gives UKOUG feedback that helps with speaker selection in future, and it’s a nice pat on the back for the speakers if they get a prize. Finally, thanks to the Oracle ACE Program and the Oracle Groundbreaker Ambassadors for letting me continue to fly the flag.

PS. Previous posts in this series.