For those that don’t know, I came to reading Fiction rather late. In September of 2006, at the age of about 37 I decided to start reading. Up until that point I had pretty much avoided reading wherever possible for most of my life. I did what I had to for my degree, PhD and job, but I was a minimum effort reader. 🙂 The first series of books I read was The Vampire Chronicles and I just carried on.

It’s been almost a year since I last read a novel. I think I got so preoccupied with other stuff I just kind-of stopped and it was a mistake. It’s not like I used the extra time wisely. I just spent longer procrastinating and thinking of what I should be doing. 🙂 On a recent trip to Bulgaria I found myself with several hours to spare on planes and in airports with not much to do, so I opened the Kindle app on my phone and decided to read. I had no internet connection, but I had one book already downloaded and ready to go. 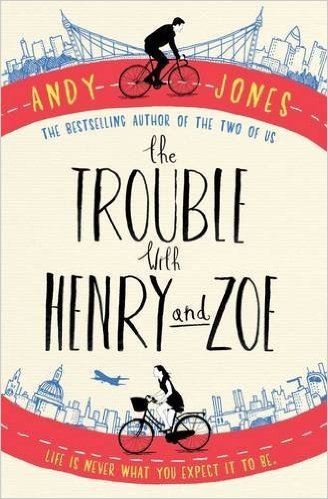 The Trouble with Henry and Zoe is like a rom-com written from a guys perspective. I normally hate rom-coms. They are filled with sickening slush that make me want to vomit and long for the end of the human race. The great thing about this book is it’s not like that at all. It has the normal mix of happy, sad, funny and serious, but none of the cheese. I finished the book hoping for a sequel. I really want to know what happens to these people!

For the sake of full disclosure I must mention I know the author. I went to university with Andy Jones and we were housemates for 5 years during our degrees and PhDs. That probably makes me a bit biased, but I still think it was a great book. When I finished reading it I immediately messaged him saying, “You talented bastard!” 🙂 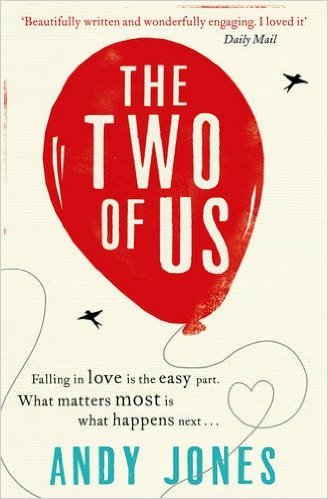 Fresh off the back of that I downloaded The Two of Us by the same author. This is the sequel to Girl 99, which I read quite a while ago. Girl 99 was also in the “rom-com from a guys perspective” vein, but The Two of Us is a lot more serious. It picks up from the point we left the characters and documents the next period of their lives. As I said, a lot more serious and quite emotionally taxing at times, but still in the rom-com genre. It was really great to learn more about the characters. It would be really interesting to see how different people relate to the central characters. I would guess it would be quite polarising, based on gender, but I might be wrong. 🙂

From there I kind-of came full circle and read Prince Lestat : The Vampire Chronicles. It was a welcome return to the series that got me reading 10 years ago. Lestat is a great character and the story brought together lots of characters and elements from the previous books. By the end of it I was sucked (no pun intended) right back into the world of the Dark Gift.

This morning I finished Prince Lestat and the Realms of Atlantis: The Vampire Chronicles. It had all the trademarks of Anne Rice and The Vampire Chronicles, but I felt at times it was a little over-indulgent. There were several sections of the book where the pacing was just off. I wouldn’t go as far as to say boring, but it needed to be snappier. Having said that, it was really good to see more character development of Amel, the spirit that animates the whole vampire tribe. It felt almost like a new end to The Vampire Chronicles, but maybe it’s a new beginning?

So there you have it. What I’ve read since mid November. I’m not sure where I’m going next…