I couldn’t face the traffic, so I walked to the station and got the train into town. I got to the event in time for the first sessions, but got waylaid meeting people, so the first session for me was the morning keynote, where I got my 30 seconds of fame as they announced the speaker awards.

After the keynote I grabbed a drink and went to watch “Flashback Features in Oracle Database” by Connor McDonald. Connor is always good to watch, although I felt a little cheated as he only used about 260 slides over the 50 minutes. It was practically sedate for him… 🙂

Next I went to see Pete Finnigan with “GDPR for the Oracle DBA”, who had a full room. As a techie it’s really easy to focus on the tech aspect of GDPR, but it’s such an expansive subject, spanning all aspects of the business. After the session someone tweeted,

“So you could say the architecture that underpins Oracle technology is not GDPR compliant, or did I miss something”

“I think you missed something. I don’t think any app is GDPR compliant itself. It’s bigger than that.”

After lunch I had my session called Multitenant : What’s new in Oracle Database 12c Release 2 (12.2). It was in the big auditorium, but most people sat towards the front of the room, so it didn’t feel like I was just presenting to chairs this year. 🙂

After me came the community keynote “Solving the Most Common User Request …. Make it go Faster!”, which was a tag-team made up of Connor McDonald, Chris Saxon and my sister-in-law Maria Colgan. I think this format is fun, and the general message about us needing to be more user-driven is important. At one point Connor was talking about instrumentation and showed a screen with V$SESSION information on it, asking the audience how anyone could tell which row represented the problem session. I shouted out it was row three as a joke, and it turned out to be true. I am available for performance tuning work. I don’t need to see you’re system. I am data-sensitive… 🙂

From there I went to see “Making the APEX Universal Theme Your own” by Marc Sewtz. I’m possibly the worst APEX developer in the world, so I have to keep throwing in APEX sessions, just so I feel a little less guilty… 🙂 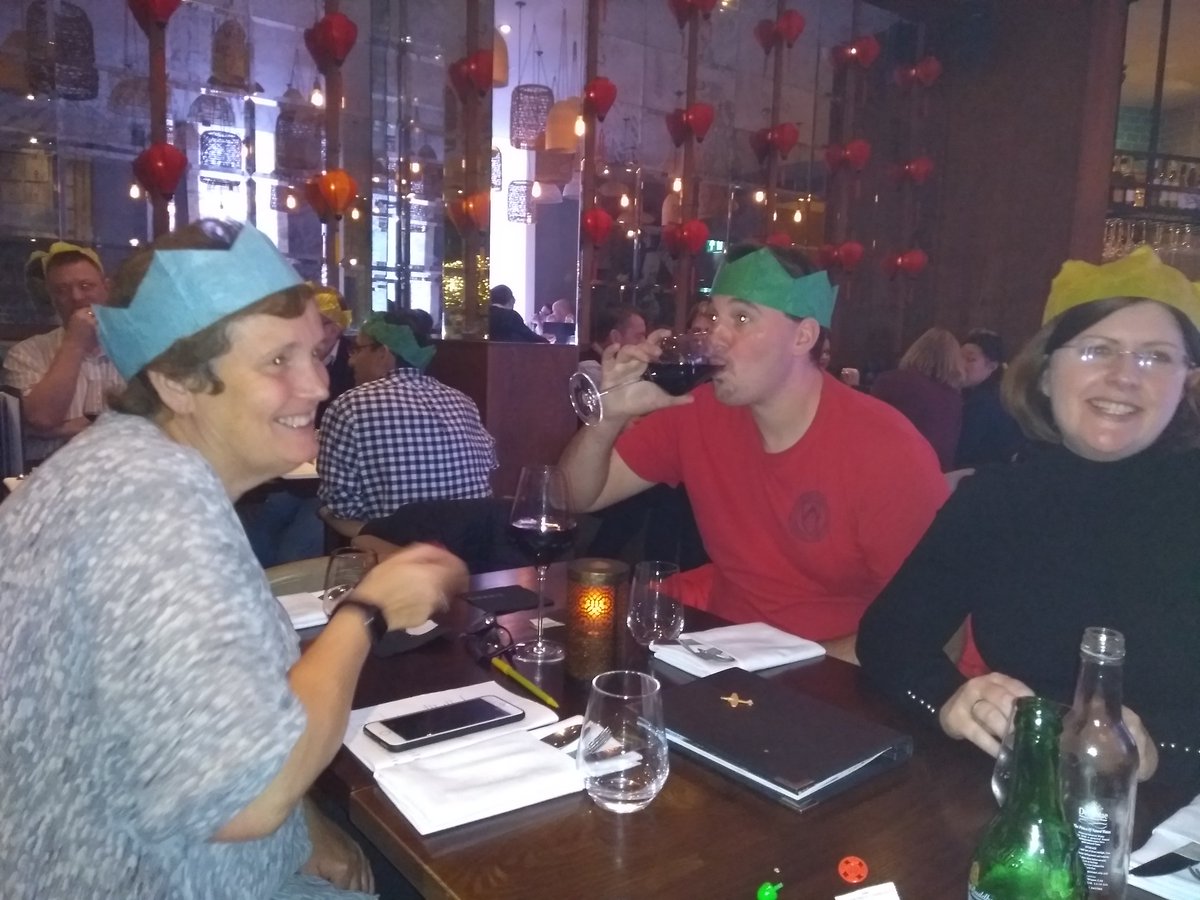 On the way out of the previous session I got talking to Stew Ashton, and we missed the last session of the day chatting, mostly talking about #SmartDB. From there we headed up for the drinks and mingling. A little before 20:00 I headed across to the Oracle ACE Dinner, where we had a family table. 🙂 Having a large group of presenters in a room is not a good way to keep the volume down. 🙂

A short taxi ride home and Monday was done for me. I’m at work on Tuesday, but I will be in to present my session called, “Using PL/SQL and ORDS to Develop RESTful Web Services for APEX? Why?”, in the APEX stream.  I understand the irony of me being a crap APEX developer and doing a session in the APEX stream, but if you see it I think it will make sense why. 🙂