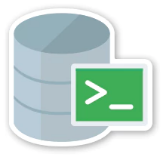 I’m a SQL*Plus junkie. I have loads of scripts that do exactly what I want them to do, so for most tasks I am more productive from the command line than using other tools. If I do find something difficult, I just flick across to SQL Developer or Cloud Control. I’m not a snob about it, but I prefer the command line.

A couple of weeks ago I was playing with the ORDS stuff in SQLcl.

That made me think I really should make the switch, but I didn’t. Then I had to dump something out as CSV, and SQLcl makes that really easy.

I forgot the 12.2 SQL*Plus client I was using could also do this, even though I had written about it (here), but the SQLcl formatting is more flexible anyway. 🙂

So after that I decided to try an experiment and go cold turkey from SQL*Plus and only use SQLcl. I think today is the 1 week anniversary. 🙂

The only real problem has been muscle-memory. My hand naturally types “sqlplus” rather than “sql”. It’s going to take a long time to get out of that habit. 🙂

I’m not using all the extra features all the time, so I can’t claim it’s revolutionised my life, but having them at hand is certainly … handy. 🙂

I’ve also started using it on some of my application servers. On some of them I have to check for the presence of the database before starting the application server. Just the standard race condition stuff you get during failover events. I was using the instant client before, but I’ve switched to SQLcl now because it is smaller. That’s especially nice on Docker.

So that’s one week down and I’ve got no plans (yet) to switch back. 🙂