A really loud lorry went past the hotel at about 04:00 and woke me up, so sleep was a little fitful after that. My flight was scheduled for 12:44, so being there 2 hours before the flight, with a potential 1 hour drive to the airport meant leaving the hotel at 09:44, which was a pretty reasonable time.

The taxi ride went well. There were a couple of moments where I started to believe we might never move again, but they quickly past. Such is the mental state of a nervous traveller, who turns the slightest delay an opportunity for drama.

The airport was quite busy, but there weren’t really any hold-ups, so I got to the boarding gate with 2 hours to spare. There were some really loud and annoying people at my boarding gate, but before I was forced to go on a killing spree, my gate was changed and they didn’t follow on to the new boarding gate. The new gate had much better air conditioning and I had power, so great all round really.

The flight from San José to Panama took about an hour. The flight itself was fine, but there were some very loud kids near me. I can kind-of forgive kids for being loud and excitable…

I got off the plane in Panama to a wall of heat. Customs and baggage claim were fine. I barely even broke stride. I got on to the WiFi and got an Uber to the hotel. Half way there it started to rain hard and I thought to myself, I’ve brought the English weather with me. Your’re welcome Panama! 🙂 It stopped pretty quickly and before you knew it, it looked like it had never happened. 🙂

I got to the hotel and was given a free upgrade. I don’t have status or anything like that, but it’s booked under Oracle, so they sometimes do that sort of thing. Of course, if you are the wife, you get upgrades to a villa with helicopter pad, but I’m not as important as her. Anyway, I walked into the room and the curtains were drawn, which I thought was a bit odd. I opened them and literally said, “Wow!”, out loud. My view is bloody amazing. I’ve tried to take photos of it, but they look rubbish because I’m terrible with a camera, but it is a seriously impressive view. 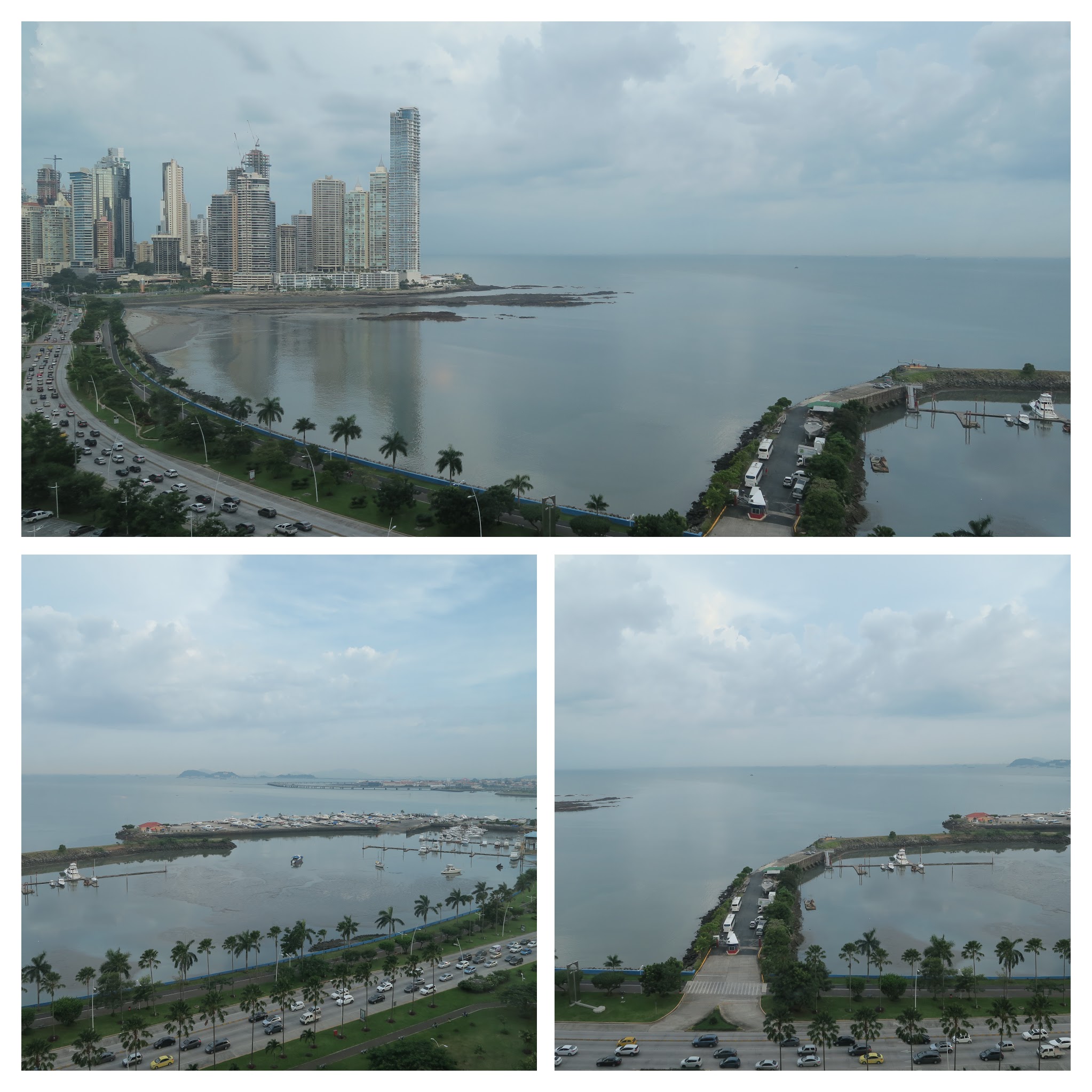 It’s really hard to pull your eyes away from it.

I met up with Ricardo, Markus and Gerald to go out and get some food. On the way we were discussing how each of us got into the technology industry, and none of us had what I would consider a conventional entry into this game.

Tomorrow is the Panama event, which is fourth event in this five event tour for me. See you there!