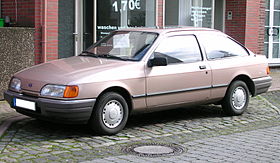 So what’s new? You get Siri! Oh yes, you also get Siri! There is also Siri! And finally, for good measure you get Siri!

What was the experience of upgrading like? An absolute nightmare! It said it was going to take about 18 minutes, but it seemed to hang for a couple of hours. I ended up doing about 5 hard reboots before it actually came up. After all that hassle and wasted time, I got El Crapitan + Siri. Amazing. Way to innovate Apple!

Of course, Apple fanboys will love it and it will change their lives… Whatever!