Time for a final post to summarize the craziness that was OpenWorld 2017. 🙂

For me the story of this year’s OpenWorld was the emphasis on humans doing stuff where humans add value, rather than doing boring crap that can be automated.

The obvious thing people will jump on is the Autonomous Database announcement, which I’ve written about already, but the story follows through many aspects of the conference.

The interest in chatbots is quite high at the moment. From a work perspective, it’s not about replacing every application you have with a voice or messenger interaction. It’s about finding use-cases where they work well. Having a chatbot that deals with trivial interactions frees up humans to deal with more important stuff. Over the last few years products using natural language processing for text and voice interaction have come a long way. Many people have devices in their pocket that do this pretty well (Siri on Apple and “OK Google” on Android). Products like Amazon Echo and Google Home have made voice interaction seem normal. As they become more normal, people will expect these services from you.

In the apps world there is an emphasis on making things simpler by making the apps more intelligent. Rather than expecting the user to fill in every bit of information, you default the most likely responses based on the information you have about that user. This could be a simple as pre-filling an address, or as complicated as using machine learning to make educated guesses at what they want. It’s all about making basic interactions as efficient as possible so user time can be spent more productively.

Cloud providers are a great example of software defined data centers. If you choose to move to the cloud, the cloud provider has done the heavy lifting for you. If you want to continue to work on-prem, you need to learn the lessons of the cloud providers and remove humans as much as possible from the process of deploying and managing virtual machines, containers, databases, app servers, networking, load balancers and firewalls etc. Those people can then focus on more architectural, development and performance-related issues.

We speak about the benefits of agile and DevOps all the time, but many people get caught up in the tooling and automation associated with this. Cloud providers take a lot of that burden off us, and tools like Oracle Developer Cloud Service, available for free if you have some other Oracle cloud services, save you from having to worry about some of that development tooling. Other cloud providers offer similar services.

None of these messages are new, but it has taken me some time to adjust to some of them. Sometimes you have to have a personal use-case to really appreciate things. My experience of cloud services, voice devices, Docker and seeing data center automation using VMware Software Development Data Center have made me more responsive than I think I was before.

People often have a fear of change, and speaking about automation makes people think job cuts, but as I mentioned before this is about stopping people worrying about boring stuff and getting them to focus on where they add value. I don’t see this reducing the head-count in our IT department. I see it reducing the grunt work and directing resource at more important stuff. We are so preoccupied with the crap, we never get to stretch our wings…

Thanks to the Oracle ACE Program and the Oracle Developer Champions Program for making this all possible for me!

So that’s another visit to San Francisco done. Due to funding changes I don’t know if I will visit again. Time will tell. 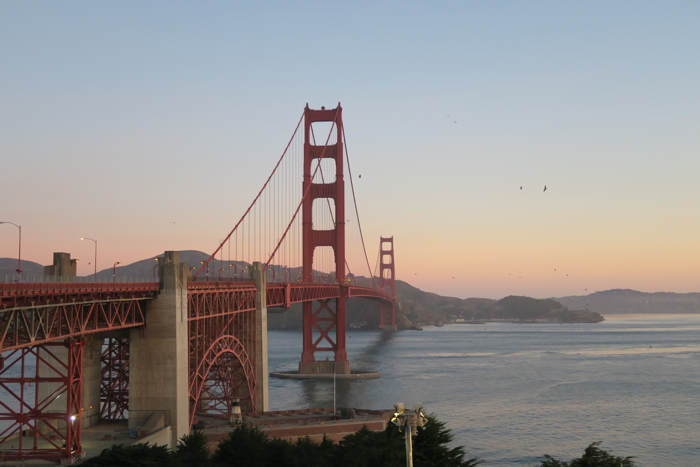 Here are the 14 posts that relate to this trip.