I got up early and finished off my blog post for the previous day. Once I had posted it I opened my phone to see I was 15 minutes late for my first appointment for the day. Panic!

I got a quick shower, got dressed and scuttled off to the Women in Technology (#WIT) breakfast. I was “fashionably late”. Sorry! I’m part of a WIT group at work, so it’s good to get to a few of these events and get some ideas and feedback. It was nice to see so many Oracle ACEs, Groundbreakers and Java Champions in the room.

From there I went on a battery hunt with Michelle Malcher, which took us to Target. That’s when I knew I was in the USA. 🙂 From there we headed off to the Groundbreakers Hub, without batteries, where I noticed I was in second place on the Charity Augmented Reality Game leader board. I spent a few minutes getting to the top of the list, so I could get a picture. I’m sure I’ll be nowhere near the top by the end of the week, but for a time I was #1! 🙂

Please go and play it, as it raises money for charity!

Pretty soon it was time for my session called Cool New Features for Developers in 18c and 12c. As the name suggests, this was a list of things I think are cool in 12c and 18c database. Some are cool for geek value. Some are cool because they do things for me, so I can do less work and get all the glory. 🙂 I normally do an article to back all my presentations, but since this was really a series of live demos, the link goes to a simple link page, pointing to all the separate articles explaining the features I’m demoing.

I sat in another talk, which I’m not going to mention. It wasn’t that the talk itself was bad. It’s just the title didn’t match the content, so it was a bit frustrating. If the name implies it’s a deep dive, it shouldn’t be a 101 talk. If the name implies it’s a beginner talk, it really should be. If a member of the audience doesn’t understand their own ability and picks the wrong talk, that’s not your fault, but pitching a talk as one thing and delivering another is annoying. Rather than walk out I just opened the laptop and played catch-up on a few things.

Next up it was “Even the ACEs make Mistakes – What did they learn?”, where I had a 4 minute slot along with a bunch of other speakers. Four minutes is a surprisingly long time. I had a story, which I will blog about separately, but because I knew I had a four minute limit I rushed, missed out half of what I was going to say, and ended up finishing 2 minutes early. Go figure! A number of others had a similar experience, but luckily some had the opposite problem. 🙂 The session was closed by Michelle Malcher, who was not originally on the list of speakers, but summed everything up really well, which I will paraphrase now. It’s really important to let your kids (and other people) know about your failures. It teaches them it’s OK to fail, so they are not scared of trying new stuff. It’s sad if people miss out because they are scared to fail. I thought this session was fun and lighthearted. I hope the audience liked it.

Pretty soon it was time for the Oracle Code keynote that was scheduled for 17:00-19:00. Instantly that sets alarm bells ringing in my head. A two hour keynote? It was a very mixed bag. There was a lot of the corporate stuff I guess you expect from a keynote, specifically what services Oracle offer. There was an interesting talk by Dee Kumar about Cloud Native Computing Foundation (CNCF), of which Oracle is a member. There was a really long talk about blockchain, that could probably have been compressed into 5 minutes.  After about 90 minutes the room was looking pretty empty and we finally got to the bit people had originally come for… 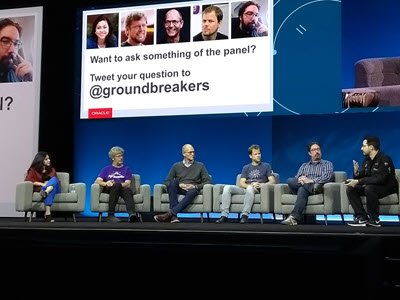 The fireside chat with Neha Narkhede, Guido van Rossum, Doug Cutting, Graeme Rocher, and Charles Nutter was really good, but way to short. You’ve got a bunch of really smart people to turn up and you give them 30 minutes of a 2 hour keynote to speak about their experiences of open source. I’m sorry, but that is such a waste of a great opportunity. What’s worse, by the time they came out on stage the room had emptied, which was not what these folks deserved.

Once the fireside chat was over, a group of people who came top of the speaker evaluations from last years Java One conference were invited on stage as “Oracle Code One Stars”. See if you can see Connor McDonald‘s leg in this photo. It’s the only bit of him showing. 🙂 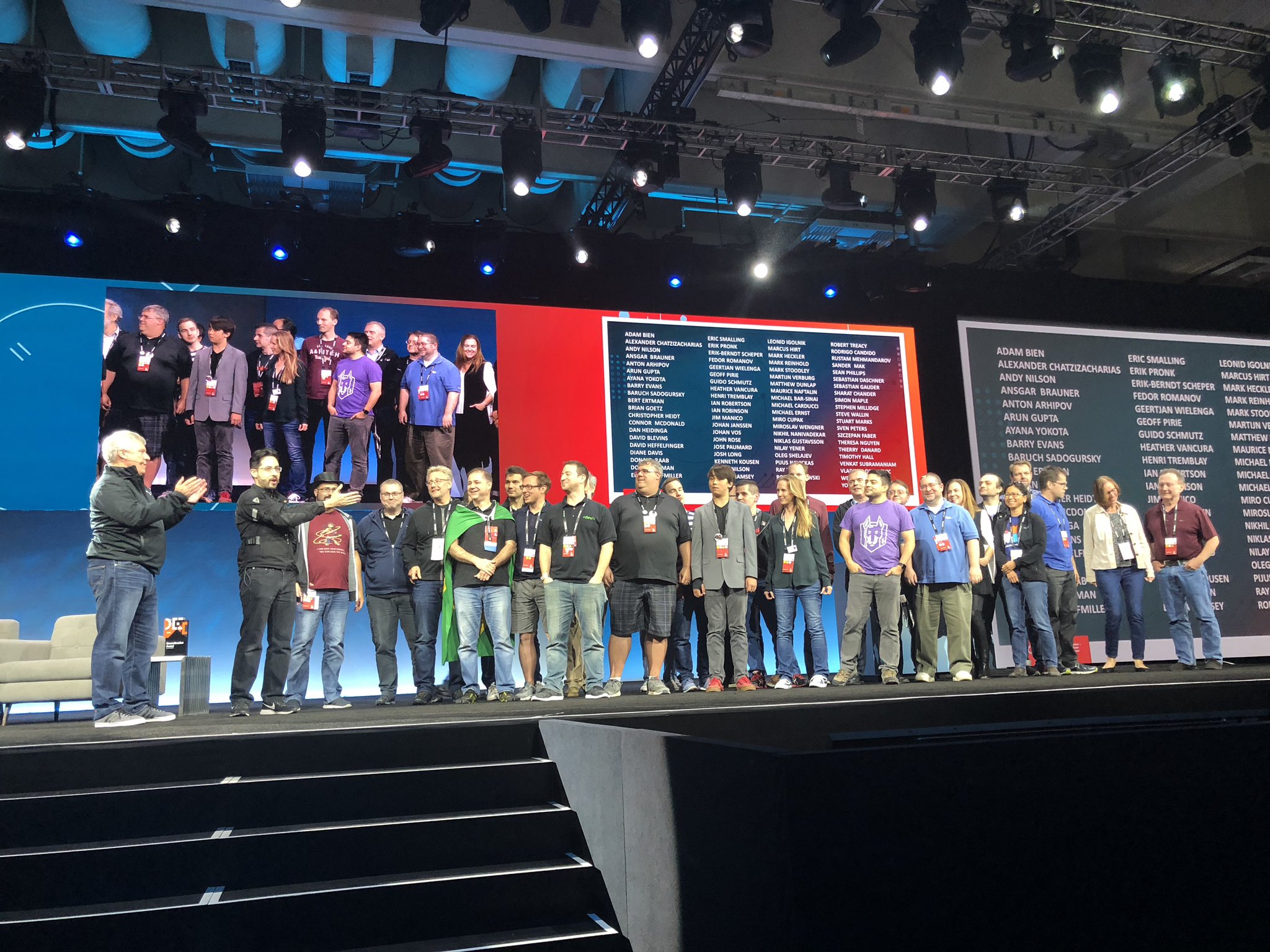 From there is was back to the hotel and bed.