At Oracle OpenWorld 2018 a few of the EMEA Oracle ACEs got together to do a lighthearted joint presentation, where we had four minutes each to speak about a mistake we had made and what we learned from it. Not surprisingly the session was called, “Even the ACEs make Mistakes – What did they learn?” Some of us said we would blog our stories, so here’s mine…

I had performed some maintenance on a production database, moving some objects into new tablespaces and purging a lot of old data. It meant that some tablespaces now contained a lot of free space, that would never be reused, so I decided to do a manual tablespace reorganisation to reclaim the unused disk space.

Having moved all the objects out of one tablespace I preceded to drop it, but forgot to add the “including contents and datafiles” clause. That meant I had to manually delete the datafiles from the file system. The only problem was I deleted the wrong ones! Here’s a graphical representation of what happened. 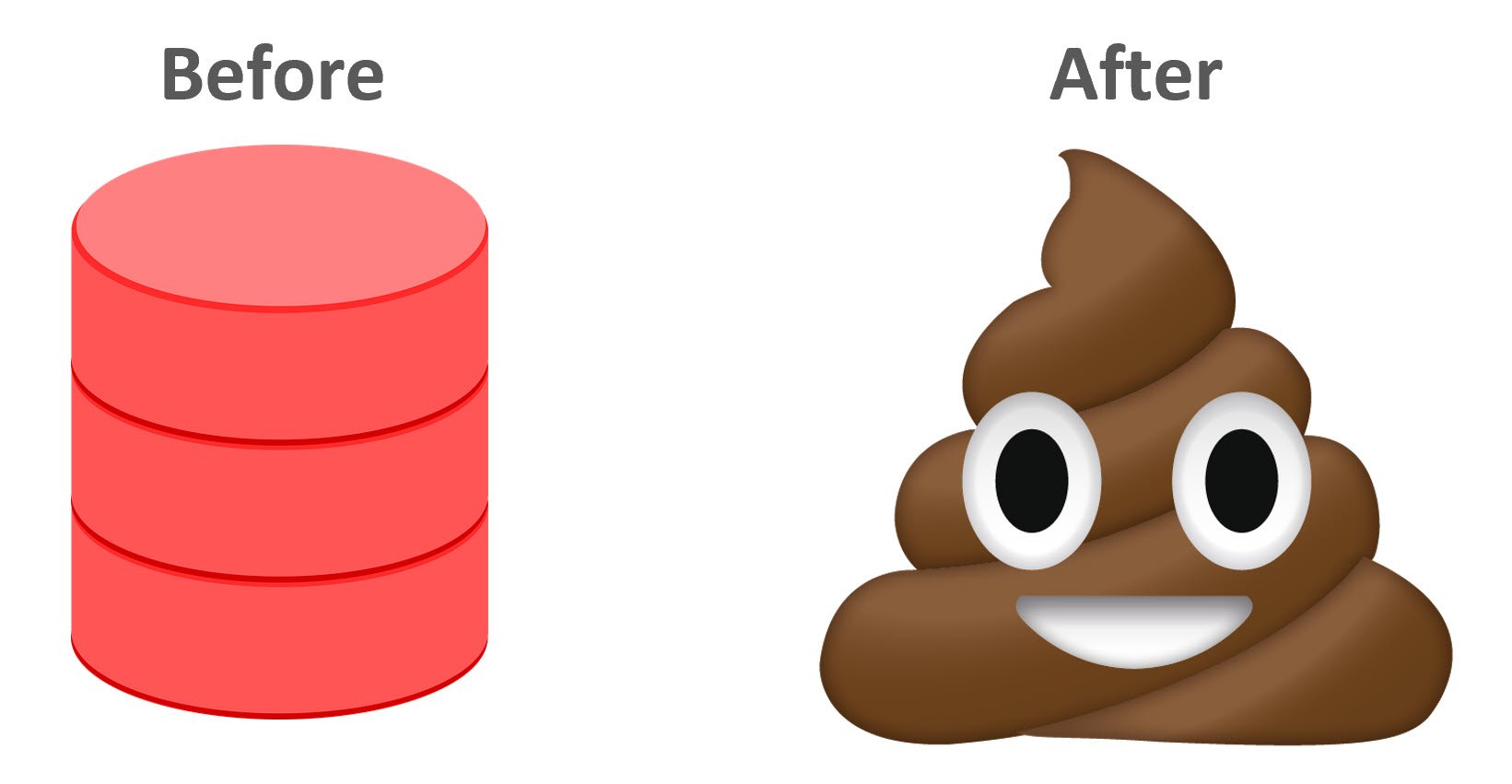 Luckily Oracle has a really good backup/recovery tool called Recovery Manager (RMAN), and I had backups of the database from before I messed up, so I restored and recovered the missing datafiles and everything was working again.

What did I learn?

5 thoughts on “Even ACEs Make Mistakes : You never forget the first time you drop the production database!”