I’ve had some articles about Enterprise Manager Cloud Control 13.3 on the site for quite a while now. The first installation and upgrade articles were posted over a year ago.

More recently I posted about a Vagrant build and a silent upgrade.

At the time, the certification matrix said Oracle 19c was not certified to hold the OMS repository, so my article and Vagrant build didn’t include it. A few days ago someone asked me if it would work on 19c, and I was just about to reply and say it wasn’t certified, but I thought I better check first. It is now certified (if you are on the latest versions of the DB plugin), so I thought I better give it a run through.

The process was the same for 19c, so all I had do was unzip the 19c media into the renamed ORACLE_HOME and the rest went fine. I’ve done some minor updates to the articles and the Vagrant build to reflect this.

So if you are on OL7/RHEL7, you are good to upgrade to 19c for the OMS repository. 😉

Update: JE in the comments pointed out the requirement to be on the latest plugins for 19c to work (see here). They also pointed out the loss of the Top Activity screen. From my perspective:

I normally try to keep on top of upgrades, so I’ve never done a jump bigger than one version, but I was checking through the documentation, and assuming it’s a supported start version, there isn’t much difference between the upgrades from most versions, so I thought I would give it a go. As I mentioned in the last post, I already had a GUI upgrade article.

I didn’t have a silent upgrade though. I do now. 🙂

In order to try this out I did a Vagrant build of Cloud Control 12cR5, to give me an easy way to get a clean starting point. You can see that here. If you want to practice the upgrade, it’s a really easy way to do it.

I’ve left the agent upgrade using the Cloud Control interface, but there is an example of how to do it silently using WLST here. It’s pretty simple.

I didn’t mention anything about the Vagrant build as it didn’t do much more than build the database, so it didn’t seem worth mentioning. It was just a convenience for me.

More recently someone pointed it out on Twitter and I made a note to myself to “finish it off” and make it do a full silent build, then kind-of forgot again.

A few days ago I had a self-induced problem with our Cloud Control server, and I realised I didn’t have the best plan of action for a complete rebuild scenario. I had backups, so I didn’t need to do a rebuild, but that doesn’t stop me wanting to be able to do it, so I did the following things…

I wrote some EMCLI scripts to do most of the tasks I needed for a complete rebuild. We already use EMCLI for some of the stuff, like jobs, but I filled in the gaps where I had been a bit lazy. Those are all checked into a company Git repo, and they are quite specific to what we need, but there are some basic EMCLI examples available here, if you are interested in getting into EMCLI.

Finally, I made my Vagrant build a fully automated Cloud Control 13.3 build on Oracle database 18c. According to the certification matrix, Oracle 19c is not yet certified for the repository database (but someone on Oracle-L said this certification is imminent (See Update)). If you are interested in playing around with Vagrant, you can find it here. I’ve managed to get away with 6G of memory, but that makes it chronically slow. The more memory you can throw at it the better. 🙂

I didn’t really expect to be revisiting this stuff a year down the line, but it was born out of necessity, or at least necessity for my peace of mind. 🙂

Update: The OMS is now supported on Oracle database 19c. 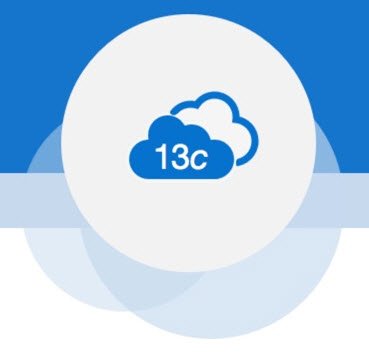 A few months ago I wrote about the installation and upgrade Oracle Enterprise Manager Cloud Control 13c Release 3 (13.3.0.0).

At the time I did a clean install and an example upgrade from 13.2 to 13.3. The idea behind the upgrade was basically to practice what I needed to do at work.

Just before I left for OpenWorld I got our virtualization folks to give me a clone of the production Cloud Control VM and I ran a practice upgrade on that. It’s important to do a “real” run through, as sometimes you hit issues you don’t see when upgrading from a clean installation of the previous version. In the past the upgrade of the clean installation of the previous version has worked fine, but the real upgrade failed the prerequisite checks as some of the agents or plugins were too old. The latest test on the clone worked fine, so we had the green light to do the production upgrade.

Post OOW18, my first job on returning to work was to get Cloud Control upgraded. I repeated the process I had done on the clone and it went fine.

In a funny coincidence, while I was doing the upgrade someone retweeted the blog post from a few months ago. Weird.

Cloud Control 13c (13.3) was released a few days ago, but from what I can see the documentation hasn’t been made available yet (see update). Despite this I had a go at installing it using the instructions for 13.2, and with a couple of small exceptions it was similar, which wasn’t surprising. The upgrade from 13.2 to 13.3 was similar to the previous upgrade from 13.1 to 13.2 also.

I’ve added a couple of articles to the website.

These articles are in no way a replacement for reading the manuals (if there were any), but it will hopefully give you a feel for how easy it can be to get going with Cloud Control.

For the installation article I did the basic setup of the box and the DB using Vagrant. You can repeat the build using my Vagrant setup here if you like.

Note. I used a different database version for the upgrade article to more closely match what I have at work. This was basically a trial run for a work upgrade, although that will probably not happen for a few months because of other priorities.

I will revisit both articles once I get eyes on the documentation. 🙂

Update: Thanks to Peter in the comments who found the docs here.