The star of today’s video is Michelle Malcher, or is it her sidekick that is taking center stage? 🙂

It assumes knowledge of existing JSON support in the Oracle database. If you are not familiar with the functionality Oracle have been including in the database since Oracle 12c, you might want to check out these.

The star of today’s video is my sister-in-law Maria Colgan. As if being related to me by marriage is not enough of a claim to fame, she is also the current reigning queen of the Oracle database. Long live the Queen!

In today’s video we give a demonstration of Simple Oracle Document Access (SODA) for SQLcl. SODA is a feature of Oracle REST Data Services (ORDS),
but this allows to access the document store directly from SQLcl.

This video is based on the following article.

In today’s video we give a demonstration of Simple Oracle Document Access (SODA) for PL/SQL. SODA is a feature of Oracle REST Data Services (ORDS),
but this PL/SQL interface for SODA was introduced in Oracle Database 18c.

The star of today’s video is the son of Dan Iverson. Dan, not his son, is an Oracle ACE focusing on PeopleSoft and Oracle Cloud Architect. He’s also in Army National Guard, which means he’s already prepared for the zombie apocalypse! 🙂

In today’s video we’ll give a demonstration of Simple Oracle Document Access (SODA) for REST. This is a feature of Oracle REST Data Services (ORDS).

This video is based on the following article.

There are some other resources that might come in handy.

The star of today’s video is the son of Rodrigo Mufalani. Rodrigo is a fellow Oracle ACE and you can check out Rodrigo’s blog here.

Today’s video is an overview of the JSON Data Guide functionality introduced in Oracle 12.2.

If videos aren’t your thing, you can read the articles instead. This video focuses on the main features that were introduced in 12.2, but there are some nice additions in 18c also.

The cameo in today’s video is Toon Koppelaars of #SMartDB fame. 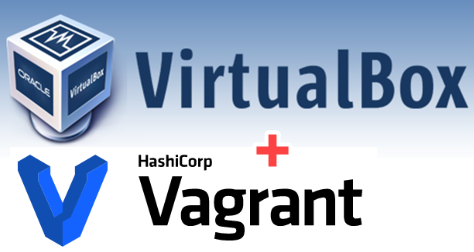 I wanted to try something with Oracle 18c Data Guard, so I thought I might as well create a hands-off build of it using VirtualBox and Vagrant, much as I did with my recent hands-off RAC build.

I did the 18c build and figured I might as well do 12cR2 and 12cR1 builds too, as they were pretty similar. I could have done them as a single build with a few tweaks to sort out the differences, but I couldn’t be bothered. 🙂

Along the way I noticed I hadn’t done a 12cR2 data guard article, so I did these.

Having played around with Flashback Data Archive in 11g, I figured I would get through the 12c enhancements pretty quickly. I didn’t account for the fact I’m a donkey and can’t see the wood for the trees. Luckily, I know some people who aren’t stupid and they gave me a nudge in the right direction, allowing me to spot my silly mistake. Thanks Bjoern and Connor! 🙂

So after lots of wasted time, here is the article.

For the most part, it’s an evolution, but the new bits are pretty darn cool. I guess a lot of people will focus on two main things:

There’s some other stuff in there that’s kind-of nice too. I think it’s worth checking it out, especially at its new price. 🙂

I’ve spent the last few weeks in discussion with Vodafone about what I believe is a scandalous bill for roaming data charges. Vodafone agreed to reduce the bill by 25%, but this still represents daylight robbery.

Fast forward a few weeks and the BBC’s Watchdog program highlighted several cases similar to mine, where people had been charged ridiculous sums of money for trivial amounts of data transfer. All the people mentioned in that program had their bills reduced by 100%.

Vodafone should apply the same discount to all people in the same circumstances, not make a big deal about a couple of high profile cases then exploit the rest of us.

I would like to take this opportunity to pass on a few bits of advise for anyone dealing with Vodafone, or any other mobile phone network for that matter.

I’m sure all networks are guilty of this sort of behavior, but I can only speak about my experience of Vodafone. After 10+ years of being a satisfied Vodafone customer, I can safely say I think they’ve now dropped off the bottom of my customer satisfaction chart!